India   All India  18 Mar 2022  India's legitimate energy transactions should not be politicised: Sources
India, All India

India's legitimate energy transactions should not be politicised: Sources 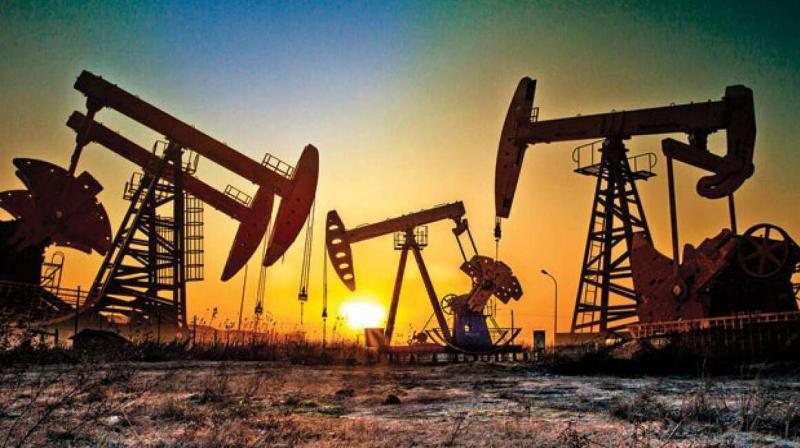 India has to keep focussing on competitive energy sources and it welcomes offers from all oil producers as geopolitical developments have posed significant challenges to the country's energy security, sources said. (Representational Image/PTI)

New Delhi: India's legitimate energy transactions should not be politicised and the countries self-sufficient in crude oil or those importing it from Russia cannot credibly advocate restrictive trading, government sources said on Friday.

India has to keep focussing on competitive energy sources and it welcomes offers from all oil producers as geopolitical developments have posed significant challenges to the country's energy security, they said.

The strong defence of India's oil imports from Russia came amid increasing disquiet among some western powers over New Delhi's indication of taking the Russian offer of selling crude oil at much cheaper rates.

Russia has made the offer to India and many other countries after the United States last week banned all Russian oil and gas imports over Moscow's invasion of Ukraine.

"India has to keep focussing on competitive energy sources. We welcome such offers from all producers. Indian traders too operate in global energy markets to explore the best options," said a source.

The sources said the jump in the oil prices following the Ukraine conflict has added to India's challenges and the pressure for competitive sourcing has naturally increased.

"Countries with oil self-sufficiency or those importing themselves from Russia cannot credibly advocate restrictive trading. India's legitimate energy transactions should not be politicised," the source said.

White House Press Secretary Jen Psaki said on Tuesday that India taking the Russian offer of discounted crude oil would not be a violation of the US sanctions on Moscow, but underlined that countries should also think about "where you want to stand" amidst Russia's invasion of Ukraine.

A spokesperson for British Prime Minister Boris Johnson on Wednesday said the United Kingdom wants every country to move away from using Russian oil and gas as it funds President Vladimir Putin's war machine.

The government sources cited above said Russia has been a marginal supplier of crude oil to India and it is less than one per cent of the country's requirement, adding that there is no government-to-government arrangement for the import.

The geopolitical developments have posed significant challenges to India's energy security. For obvious reasons, the country has had to stop sourcing from Iran and Venezuela, and alternative sources have often come at a higher cost, they said.

The sources said Russian oil and gas is being procured by various countries across the world, particularly in Europe.

They said 75 per cent of Russia's total natural gas exports is to the member countries of the OECD (Organisation for Economic Co-operation and Development) in Europe such as Germany, Italy and France.

Countries like the Netherlands, Italy, Poland, Finland, Lithuania and Romania are also large importers of Russian crude oil, they pointed out.

The recent western sanctions on Russia have carve-outs to avoid impact on energy imports from the country and its banks that are the main channels for European Union payments for Russian energy imports have not been excluded from the SWIFT (Society for Worldwide Interbank Financial Telecommunications) system, the sources pointed out.

India is highly dependent on imports for meeting its energy requirements as nearly 85 per cent of its crude oil requirement (five million barrels a day) has to be imported.

Most of India's imports are from West Asia (Iraq 23 per cent, Saudi Arabia 18 per cent, the UAE 11 per cent), the sources said, adding that the US has also now become an important crude oil source for India (7.3 per cent).

Ministry of External Affairs (MEA) Spokesperson Arindam Bagchi on Thursday said India looks at all options at all points of time as a major importer of oil.

"India does import most of its oil requirements, it's met by imports. So we are always exploring all possibilities in global energy markets because of this situation that we face of importing our oil requirements," he said at a media briefing.

"Let me just highlight that a number of countries are doing so, especially in Europe, and for the moment, I will leave it at that. We are a major oil importer and we are looking at all options at all points. We need the energy," he said.