India   All India  18 Mar 2019  First RSS-VHP university to be set up in Gurgaon
India, All India

First RSS-VHP university to be set up in Gurgaon

Sources said the VHP has already secured 40 acres of land for the proposed university in Gurgaon, near Delhi. 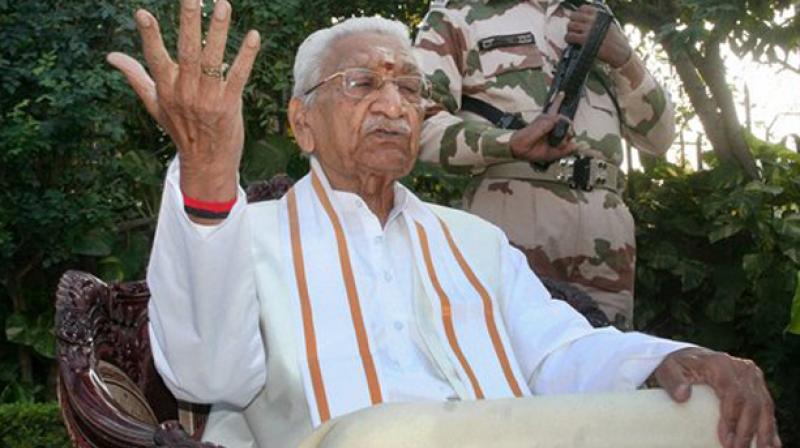 New Delhi: The Rashtriya Swayamsewak Sangh-affiliated Vishwa Hindu Parishad will soon be unveiling its first university in Gurgaon, christened as Ashok Singhal Ved Science and Technology University, which has been named after its late senior leader Ashok Singhal. The name of Ashok Singhal, who was the international working president of the VHP for over 20 years and played a leading role in the Ram Janmabhoomi movement, was selected for naming the university as he is considered as the tallest leader of the organisation who worked tirelessley for the cause of the Sangh over several decades, sources stated.

Sources said that a meeting of senior VHP functionaires, along with Sangh affiliates, is due to be held on April 3, where a discussion on academic pursuits, the proposed curriculum and staff recruitment is likely to be made. Sources said the VHP has already secured 40 acres of land for the proposed university in Gurgaon, near Delhi.

This newspaper had on May 15 last year first reported the VHP’s plan to establish a Ved University for advanced studies and research in the Vedas and the historical “Bharatiya” texts. While the Sangh affiliate now operates schools and colleges across the country and even overseas to propagate its educational agenda, this will be the first such attempt by the VHP to foray into higher education. The Ved University will be the first of its kind to be established and promoted by the Sangh affiliate, sources added.

At present, Sangh affiliate Vidya Bharati operates Shishu Mandir and Ekal Vidyayalayas. while a few colleges like Hanuman Sanskrit Mahavidyala in Delhi are also operational.  The proposal for a Ved University has been discussed for several years. Last year, Sangh leaders had expressed the view that for the propagation of the Vedas and other ancient Indian texts, their teaching at school and college level was not sufficient and could be expanded. “There was a consensus on the need for promoting research and higher studies in these subjects and hence the need for the university,” sources said. It is understood that once the university is operational, the VHP plans to set up affiliate colleges for further studies in related subjects.

The VHP now operates 16 Ved Vidyalayas across the country. Students from these Vidyalayas, recognised by the human resources development ministry, are able to study till Class 12 and later have an option to join other universities and colleges.