The former minister, however, on Sunday broke his silence and said he would make his stand clear within two days. 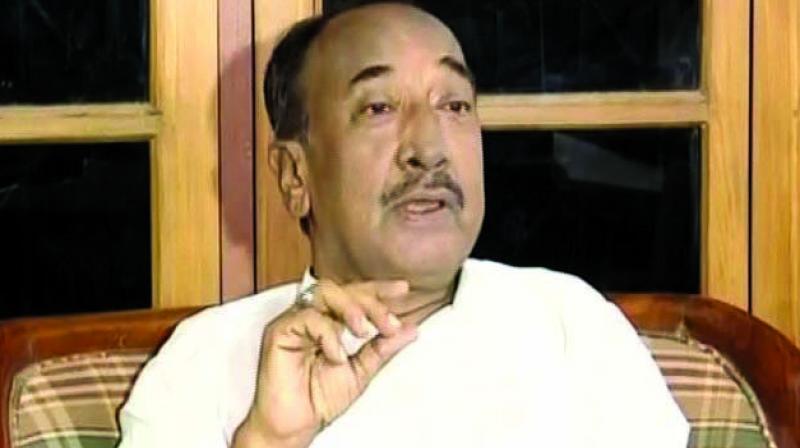 Bhubaneswar: Suspense reigns supreme over Odisha’s veteran politician Bijoy Mohapatra’s next move. While many predict that Mr Mohapatra, one of the heavyweight strategists in the state politics, will return to the BJP, which he had quit a few days ago over alleged “sidelining” in the state organisation; others anticipate the maverick politician will join the ruling BJD, which he founded in 1997.

The former minister, however, on Sunday broke his silence and said he would make his stand clear within two days.

“I have not yet decided to take the next political course of action. I am discussing with supporters from my constituency and different districts, friends and well-wishers. I will make my stand clear within the next two days,” said Mr Mohapatra.

To a query by scribes, the veteran leader said upcoming 2019 elections would be very ‘complex’ and a “never-seen-before” affair. Sources said top BJP leaders are in touch with Mr Mohapatra to convince him to return to the party fold and fight out the Naveen Patnaik government.

When asked about his protégé and former BJP leader Dilip Ray’s possible joining in the ruling BJD headed by Naveen Patnaik, he said, “All has the right to take a personal decision.”

He cleared the air on the probability of his joining the BJD stating, “Nobody from BJD has approached him in this regard.”

However, he is in touch with some BJP leaders at a personal level even after quitting the saffron party.

Reacting to Mr Mohapatra’s statement, BJP leader Golak Mohapatra said, “The BJP is yet to accept Bijay Mohapatra’s resignation. He is still in the party. The central committee of the party will decide on Dilip Ray and Bijoy Mohapatra.”

Analysts believe any party wooing Mr Mohapatra will have edge over the rivals. “Both the BJP and BJD are trying to get him on their respective side,” they contend.

Since he has the ability to topple the applecart of the rivals, both the BJP and BJD are trying to get him on their respective side,” they contend.