The closing session, sources said, was also likely to see a musical extravaganza like that in Meghalaya. 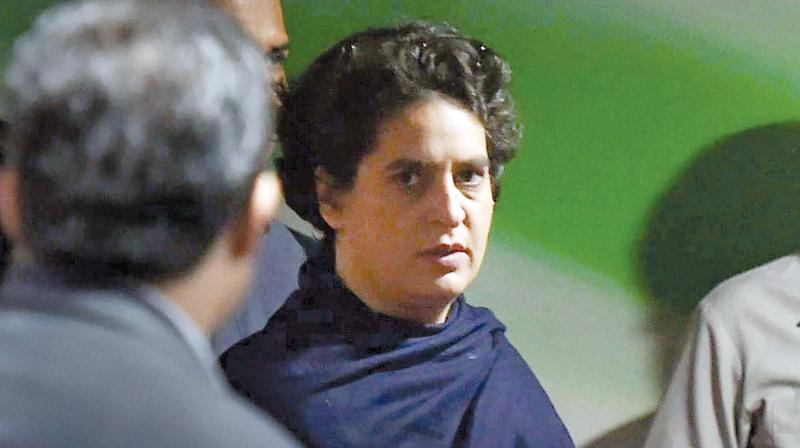 New Delhi: It was a new look Congress plenary session where the traditional look of leaders sitting on the floor of the dais leaning on white bolsters gave away to an empty stage with only one podium for the speaker. And the set designer for this is believed to be none other than Priyanka Gandhi Vadra.

That there was a concerted attempt to promote “brand Rahul” was evident by the fact that only posters of the Congress president were put up inside the venue. Even the posters put up outside the venue by various Pradesh Congress committees were those of Mr Gandhi and local leadership. No other national leader was spotted.

In a first, and possibly in an effort to connect with the workers and the common people in general, the party this time also introduced panel discussions on various issues, including one on contemporary media. The closing session, sources said, was also likely to see a musical extravaganza like that in Meghalaya.

Interestingly, at 9 am, Congress president Rahul Gandhi made his personal debut on Twitter with his earlier handle @office of RG being renamed simply as @RahulGandhi.

Known for his Twitter banters in openly criticising the Union government, the Congress president has gained widespread popularity on the micro-blogging site, particularly since October last year.

Also trending big time on social media were selfies by various Congress leaders beginning with Sonia Gandhi which were sometimes being re-tweeted by the workers and the official party handles.

Sources said that the Congress president had made it clear before the session kicked off that his plenary would be more about workers and less about leaders.