Argentine President Mauricio Macri on a three-day visit to India from February 17 to 19. 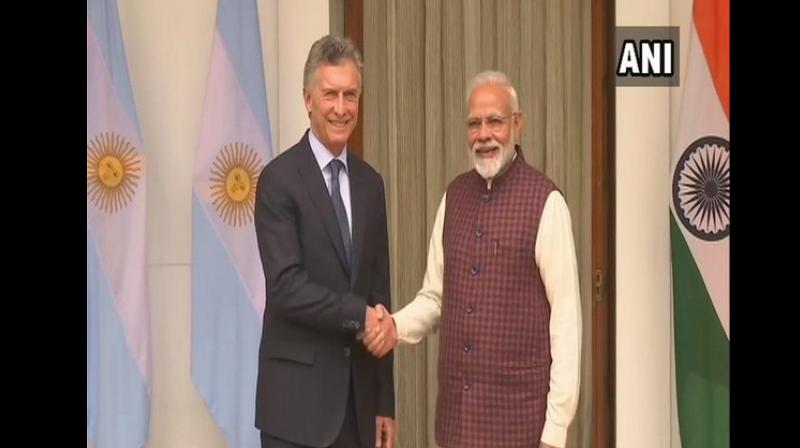 Macri's visit coincides with both the nations marking 70 years of the establishment of diplomatic relations between New Delhi and Buenos Aires. (Photo: ANI)

This will be followed by delegation-level talks and an exchange of agreements between India and Argentina.

Macri's visit coincides with both the nations marking 70 years of the establishment of diplomatic relations between New Delhi and Buenos Aires.

Prime Minister Modi, along with President Ram Nath Kovind, had earlier accorded a ceremonial reception to Macri and the First Lady, Juliana Awada, on Monday. This was followed by the laying of a wreath at Raj Ghat by the Argentinian President as a tribute to Mahatma Gandhi.

After the exchange of agreements, Macri is scheduled to address the plenary session of the India-Argentina Business Forum at Hotel Taj Mahal before meeting with President Kovind in the evening.

He is slated to leave for Mumbai on February 19, from where he will return to Argentina after wrapping up his official visit.