There are examples galore of government employees not getting a single promotion during their entire career. 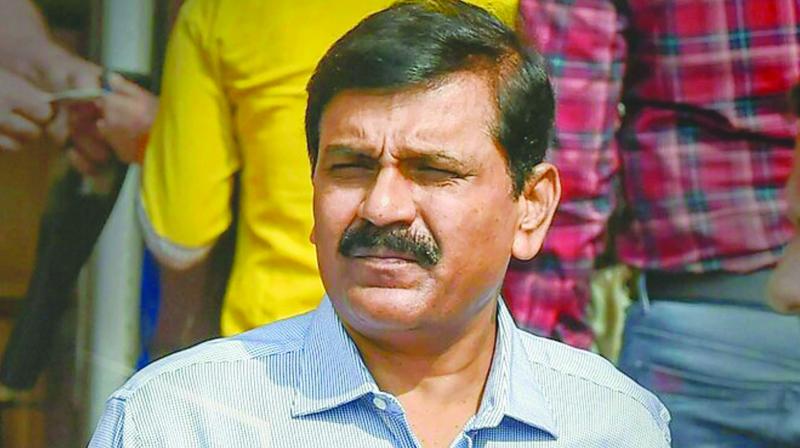 Former CBI acting chief M. Nageshwar Rao was asked to sit in a corner of the Chief Justice’s court at the Supreme Court for an entire day as punishment for contempt

Justice is blindfolded and does not discriminate. So, everyone is liable to be hauled up for contempt of court. In England, Gascoigne, C.J., convicted even a prince — “Prince Hal” — for contempt of court for attempting to rescue his servant from being punished. But in India, the high and mighty seldom bear the consequences of their actions despite being guilty of circumventing or defying the court’s orders. Still, there are some happy exceptions.

The Supreme Court has tried to jolt this smug officialdom out of slumber by punishing CBI’s former acting chief M. Nageshwar Rao and additional legal advisor Bhasuran S. for contempt of court. It refused to accept their unconditional apology and sentenced them to confinement till the rising of the court besides slapping a fine of `1 lakh on each.

The former Uttar Pradesh chief minister was also taken into custody till the rising of the court for not honouring the undertaking given to the apex court about protecting the disputed structure at Ayodhya. But it is different from Rao’s case because for Kalyan Singh it was not just a legal issue but a big political one, as he even sacrificed his government for its sake.

Earlier, in a rare move, the Supreme Court on May 10, 2006, punished then Maharashtra transport minister Surupsinh Naik and then additional chief secretary Ashok Khot and sentenced them to jail for a month for allowing wood-based units to open shop in the state “deliberately and brazenly flouting” the state government’s 2002 order banning their operation for protection of forest wealth. The order was violated when Naik was forest minister and Khot principal secretary (forest). A three-judge bench ruled: “In this case, the contemnors deserve severe punishment. This will set an example to those who have the propensity to disregard court orders because of their money power, social status and posts held.”

However, such violations of court orders are not few and far between though the contemnors are seldom punished. In most cases, instead of there being a direct violation, it is the non-implementation of the judgment/order for long. If the contempt petition is filed, then the respondent contemnor will file the compliance report and s/he is never punished for the undue delay in complying with it. The question is seldom asked as to why did the need to file the contempt petition arise. In many cases, violations are not brought to the notice of the court. The fact that Rao defied the apex court’s clear direction speaks volumes about not only the hubris of officials but also their overconfidence about going unscathed.

However, courts show undue leniency and indulgence in most such cases. The contemnors are let off without any punishment and orders are complied with after such inordinate delays that compliance becomes meaningless. In some cases, they are not complied with at all.

There are examples galore of government employees not getting a single promotion during their entire career. After arduous and protracted litigation, sometimes they get relief after superannuation and retirement benefits come after death. Officials squarely responsible for not implementing the court orders in this regard use “the mantra of apology” which is nothing more than a ritual, and go scot free.

Ignoble means are often adopted to circumvent the courts’ orders. Judgments have to be implemented nolens volens but unfortunately, the moment an inconvenient judgment is delivered, the powers that be would sit along with top-notch lawyers and even retired judges with magnifying glasses pore over the judgment to find out ways to circumvent it. If a government officer succeeds in getting a favourable order from the court he/she will be transferred, harassed and persecuted. It will be ensured that s/he does not get the benefit of the judgment. It aggravates contempt but there are instances when courts, including the Supreme Court, have dropped the contempt proceedings on the ground that the matter had become infructuous with the transfer of the petitioner. Now the traumatised petitioner is left high and dry. In fact, such judgments embolden law-breakers and open floodgates of further injustice as contemnors will resort to all kinds of reprehensible shenanigans to make the case infructuous by transferring, suspending, dismissing or, in the extreme case, even murdering the petitioner.

How can a contempt petition become academic simply because the petitioner has been transferred when there are incontrovertible proofs of blatant violation of the court’s order? Many businessmen suffer losses but do not antagonise the government by filing contempt petitions despite winning cases for fear of jeopardizing their future prospects.

The Bandhua Mukti Morcha case is a typical example of how the apex court’s orders are flouted with impunity with the court looking on. The Supreme Court delivered a wonderful judgment which was lauded worldwide for its concern for the underdogs and brought international awards for Chief Justice PN Bhagwati. The Court asked the then director-general, labour and welfare, Government of India, to report within 90 days as to how many of the 24 directions (such as providing sanitary conditions, food, housing facility to labourers, arrangement for education of children, and so on) had been complied with, and he reported on March 15, 1984, that none had been implemented. So, it constituted automatic contempt but Justice Bhagwati did not initiate contempt proceedings. Not only that, when Swami Agnivesh, petitioner in the case, filed the contempt petition, it was not listed for hearing. It was listed after a long time when some eminent citizens and jurists wrote to Justice Bhagwati. In the meanwhile, Agnivesh was implicated in a false murder case by the contemnors and sent to jail. Moreover, Justice Bhagwati granted 72 adjournments and retired without deciding it. Speculation was rife that Justice Bhagwati would be nominated by the Congress party or as a consensus candidate for the presidentship or at least the vice-presidentship. Till date nobody has been punished in this case. It is a glaring example of the court shirking its responsibilities in civil contempt cases.

Judges who do not take any action in cases of civil contempt also commit contempt by not respecting their own/courts’ orders. It is only rarely that courts take strong action against contemnors who flout orders. If officials and other contemnors are punished indiscriminately for contempt, the number of litigation will come down drastically. Rather, the court should develop a mechanism of seeking compliance reports from those supposed to implement the judgment. There should be no need to file contempt petitions.

Further, the Supreme Court has ruled that in a contempt case the parties concerned are the court and the contemnor, and the aggrieved has no right to insist that court should exercise its jurisdiction. So whereas the contemnor can challenge the order, the petitioner cannot. This position needs to be set right. The contemnor may beguile the court into believing something which is not true, and get the contempt proceedings dropped. It is only the petitioner who can set the record straight. There are instances when contempt proceedings have been dropped even though the court’s orders have been blatantly violated.

The writer is a senior TV journalist and author