A Chambal NGO has urged people to shun movies on Chambal dacoits and urged the state govt to promote heritage of the region. 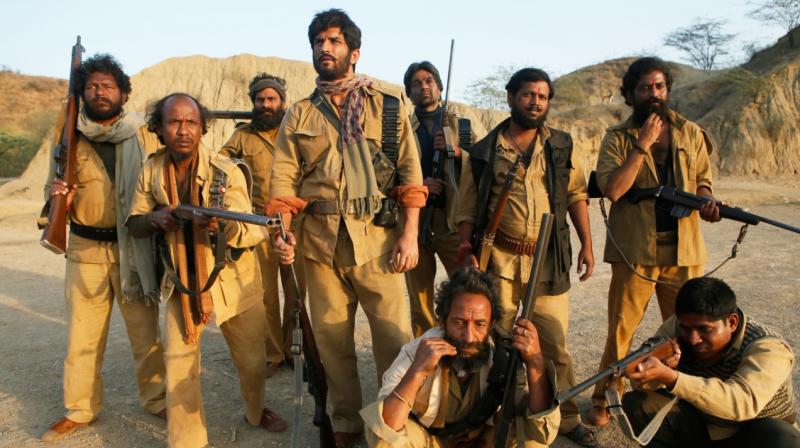 The latest Bollywood movie Sonchiriya, depicting lives of Chambal dacoits, has been viewed as the final straw by the locals.

Bhind (Madhya Pradesh): Chambal bandits are history, but Bollywood’s fascination for the fiercely moustachioed outlaws has denied the picturesque valley its freedom to bury its ignominious reputation.

Stories of dreaded dacoits such as Bandit Queen Phoolan Devi, ruthless Madho Singh and Pan Singh Tomar, who had plotted gruesome killings of their tormentors to exact justice while living-on-the edge in the rugged terrains of Chambal, have been told and retold by Bollywood and other regional cinemas, particularly Tollywood (Bengali films), many times in the last six decades.

Nevertheless, the urge for cinematic portrayal of characters of the outlaws of Chambal has remained undiluted among the filmmakers till date, projecting the region, albeit unwittingly, as the “violent belt of India” before the outside world.

However, the locals have now called the celluloid world’s love for the Chambal dacoits, “enough”, for what they believed, such movies have fashioned a distorted identity of the culturally rich region, hurting socio-economic life of the inhabitants.

The latest Bollywood movie Son Chiriya, depicting lives of Chambal dacoits, has been viewed as the final straw by the locals.

The Bollywood thriller, scheduled for national release on March 1, has been dragged to the court by Sikhyamitra Foundation, a cultural body working for the image makeover of the region, for allegedly denigrating the local culture.

A notice was issued to the film producer, director and five of its actors by the Gwalior Bench of the MP High Court on February 13 following the petition filed by the foundation, raising objections to some unpalatable dialogues in the movie.

“Bollywood alone has produced 26 movies on Chambal dacoits in the past six decades. Wrong projection of the region as badlands has led to growth of ‘dacoit tourism’ in Chambal attracting filmmakers to the region.

“The films however have hit the socio-economic life of the locals hard not only projecting a distorted view of the culture but also scaring away tourists from other parts of India and abroad to the region,” Giriraj Rajoriya, member of the Sikhyamitra Foundation, told this newspaper.

The foundation has launched a campaign in the region, urging the locals to shun movies on Chambal dacoits and also moved the state government seeking an initiative to promote heritage of the region.

Ironically, Chambal valley has seen virtually the end of dacoit menace in 1972 when the likes of Madho Singh and 200 other dreaded bandits surrendered, thanks to efforts of noted social activists Subba Rao and Jai Prakash Narayan.

Mr Rajoriya cited promotional lines of the movie Son Chiriya, trailer of which was released on January 7, to drive his point home.

Shot in Chambal valley, the movie, starring Sushant Singh Rajput, Bhumi Padnekar, Manoj Bajpayee, Ranveer Shorie and Asutosh Rana, follows the story of a legion of dreaded, bickering bandits who once unleashed a reign of terror in the Indian heartland.

“Aake to dikhao (we dare you to come to Chambal). Yahan photography sambhal ke kijiye, camera bhi gayab ho sakta hai aur aap bhi (Be cautious when you take photographs here, because your camera, even you may disappear,” says the film’s promotional punchline.

The campaign lines may trigger a fear psychosis among tourists, thus harming tourism in the valley, he rued.