The CRPF is the lead counter-terrorism force in Jammu and Kashmir and has deployed about 65,000 troops as part of 61 battalions there. 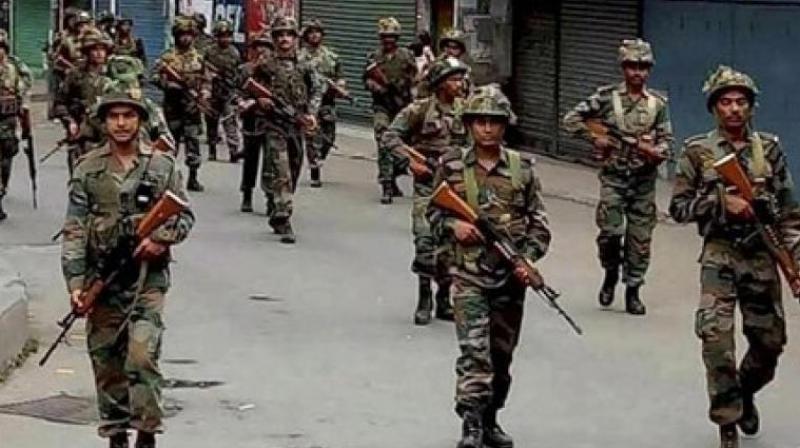 The Central Reserve Police Force (CRPF) chief said there was no ambush on any CRPF convoy in the last two years and the effort is to neutralise such threats as much as possible. (Photo: File/PTI)

New Delhi: The CRPF has decided to tweak the standard operating procedures (SOPs) framed to secure its convoys, in the wake of a “new threat” where an explosives-laden vehicle was detonated by a terrorist alongside the force’s bus in Pulwama killing 40 personnel, the chief of the paramilitary force said Sunday.

“We have decided to add new features to our convoy movement to and from Kashmir,” CRPF Director General R R Bhatnagar told PTI after undertaking a two-day tour of the Valley in the wake of the February 14 attack, the worst against security forces in Jammu and Kashmir in three decades.

“Apart from traffic control, there will be changes in the timings of convoy, their halt locations and movement in coordination with other security forces like the Army and the J&K police,” he told the news agency.

He said two convoys have been run after the attack at Latoomode in Pulwama and these new measures are being tested and implemented as part of the standard operating procedures (SOPs).

Home Minister Rajnath Singh, after his tour to the Valley post the blast, had said it has been decided that movement of civilian vehicles will be restricted when convoys of security forces move in Jammu and Kashmir.

The DG said over the last two days he and his commanders in Kashmir have “discussed and laid down a new strategy” to not only secure the movement of convoys but also to enhance security measures for regular operations.

“I would not like to go into the specifics but we are formulating some strategies. This is something that we have done in the past and these things are dynamic. “In view of this new threat, where a suicide bomber is suspected to have come close to our vehicle and detonated explosives, strategies are being worked upon,” Bhatnagar said.

The Central Reserve Police Force (CRPF) chief said there was no ambush on any CRPF convoy in the last two years and the effort is to neutralise such threats as much as possible.

Asked if there was an intelligence input suggesting that a vehicle-borne improvised explosive device (IED) could be used by terrorists in Kashmir to hit the forces, Bhatnagar said that he would not talk about things related to operations and intelligence.” A senior official, however, said there was no “specific input” and such an attack was completely new for the security forces in the Valley.

The DG, when asked about sending all troops from Jammu to Srinagar on aircraft to avoid the vulnerability of road movement, said there is “no alternative” to convoys.

Air courier service for the Central Armed Police Forces (CAPFs) has been increased by adding flights from Delhi to Srinagar via Jammu and back in 2018, he said.

Many times the helicopters and planes of the Border Security Force (BSF) and the Indian Air Force (IAF) are also used to airlift CAPF troops to the Kashmir Valley, the DG said.

“As the Jammu-Srinagar Highway was closed due to landslides, the convoy operated on February 14 after a gap of 10 days and there was a large backlog of personnel who were to be transported to Srinagar from the transit camp of the CRPF in Jammu,” a CRPF official based in Srinagar said.

“Thus, running of the convoy has very little to do with the availability of air effort, which can only supplement the convoys and not replace them,” Bhatnagar said.

The proposal for introducing Delhi-Srinagar-Delhi fight (seven days a week) and a separate Jammu-Srinagar-Jammu flight (four days a week) has also been sanctioned by the home ministry and would soon be operational, the DG said.

This would more than double the present capacity to 1,892 seats per week for the forces deployed in the Kashmir Valley, he said.

During his visit to the Valley, the CRPF chief also met his troops at various units in and around Srinagar and also went to the blast site, about 20 km from Srinagar.

The CRPF is the lead counter-terrorism force in the state and has deployed about 65,000 troops as part of 61 battalions there.