Swamy exuded confidence that BJP would get additional Muslim minority women's votes because of the initiative it took to ban triple talaq. 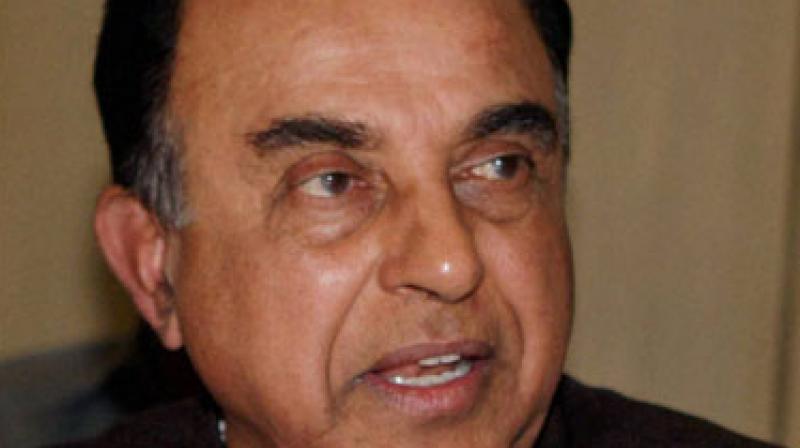 'Minority men may consolidate behind Congress, but women are voting solidly for us,' said BJP leader Subramanian Swamy.

Bengaluru: BJP leader Subramanian Swamy has said that the party would win the coming Karnataka assembly polls because of the fractured minority votes and consolidation of majority Hindu votes.

He exuded confidence that BJP would get additional Muslim minority women's votes because of the initiative it took to ban triple talaq and votes of Shias and other smaller minority groups.

"The women, for example, are Muslims.They are grateful to BJP for the fact that it took the bold step of removing triple talaq. Even Shias and Borahs and all other smaller groups will vote for us. So the minority votes is fractured. The majority vote is getting consolidated. I think we will win on that basis alone (in Karnataka)," he said.

"Minority men may consolidate behind Congress, but women are voting solidly for us," he added.

The BJP leader said that the party was confident of winning 125 to 130 seats on this calculation.

Swamy was in Bengaluru on Saturday to participate in a panel discussion held at "The Huddle", a thought conclave, conducted by The Hindu Publication here.

To a query on political pundits and the media making the Karnataka poll battle as one between Chief Minister Siddaramaiah and Prime Minister Narendra Modi, he said it was between minority appeasement and Hindutva and not as projected.

"The battle is between minority appeasement and Hindutva, nothing else. This is the new factor in Indian politics. I see no battle between Siddaramaih and Prime Minister Modi.That is the bottomline.... he said.