Nine Over-Ground Workers have also been arrested in a series of raids conducted in and outside Sopore town during the past few days. 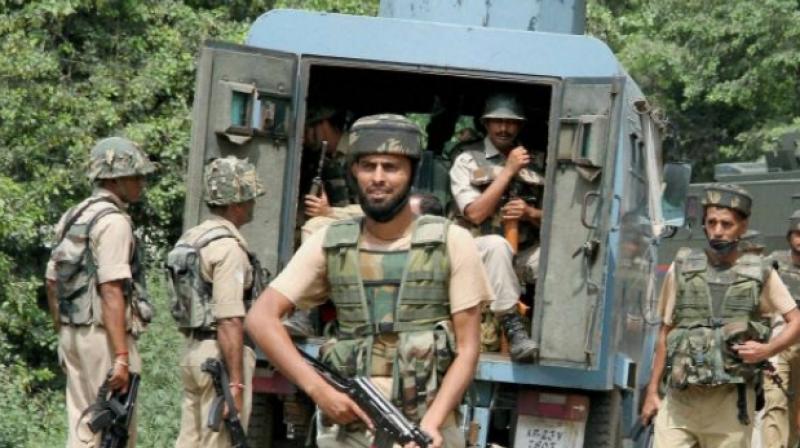 Srinagar: The Jammu and Kashmir Police on Saturday claimed that it has busted a module of Over-Ground Workers (OGWs) of frontline indigenous militant group Hizbul-Mujahideen after arresting a militant in Sopore area of north-western Baramulla district.

Nine members of the 'well-knitted network' have also been taken into custody in a series of raids conducted in and outside Sopore town during the past few days, the police officials said. “These raids were carried out jointly by the J&K police, the Army and the CRPF,” a police spokesman said adding that the accused were “aiding and abetting” militancy in the area by luring young boys into militancy and take up the gun.

The officials said that the police had recently arrested a militant identified as Irshad Ahmed Shah, a resident of Sopore’s Seelu area. During interrogation, he revealed the names of the OGWs who have been helping the Hizb in recruiting the youth into the outfit and raising funds locally, they said. Shah, they said, had joined the Hizb more than two years ago.

The police claimed that he along with two others who are still at large were involved in the killing of a local resident Eid-ul-Amin Mir and that the conspiracy to target him was hatched at the house of one of the nine arrested OGWs namely Azhar Imtiyaz of in Sopore’s Behrampora area.