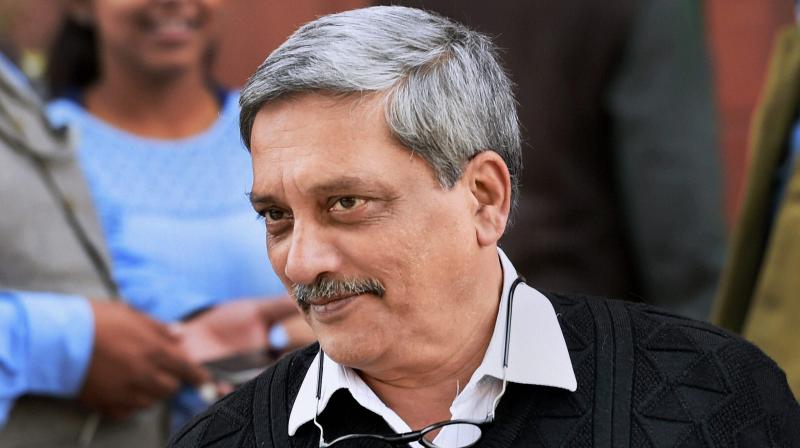 New Delhi: Defence minister Manohar Parrikar Friday extended his support to Army chief General Bipin Rawat’s warning that local supporters of Kashmiri militants would be treated as “overground workers of terrorists” and “would not be spared”.

“Army has a free hand for CICT (counter-insurgency and counter-terrorism) operations and the final decision rests with the local commander. Such operations are based on specific inputs,” Mr Parrikar said.

On Wednesday, General Rawat in a strong message had said, “We would now request the local population that people who have picked up arms, and they are the local boys, if they want to continue with the acts of terrorism displaying flags of ISIS and Pakistan, then we will treat them as anti-national elements”. The Army chief’s statement came in the wake of increasing attacks on security forces while conducting counter-insurgency operations, leading to “unacceptable” casualties among the security forces.

There were also worrying reports of locals actively aiding militants in Kashmir valley, hindering counter-insurgency operations. The security forces have been combating insurgency in the Valley with a strong effort to avoid collateral damage among civilians.

“Our aim is to neutralise as many Pakistani terrorists in Jammu and Kashmir and demoralise the militant ranks before the snow starts melting in the high mountain passes next month,” the minister also told a newspaper.

The number of active militants is believed to have increased during the shutdown in the aftermath of Hizbul Mujahideen operative Burhan Wani’s death on July 9 last year.