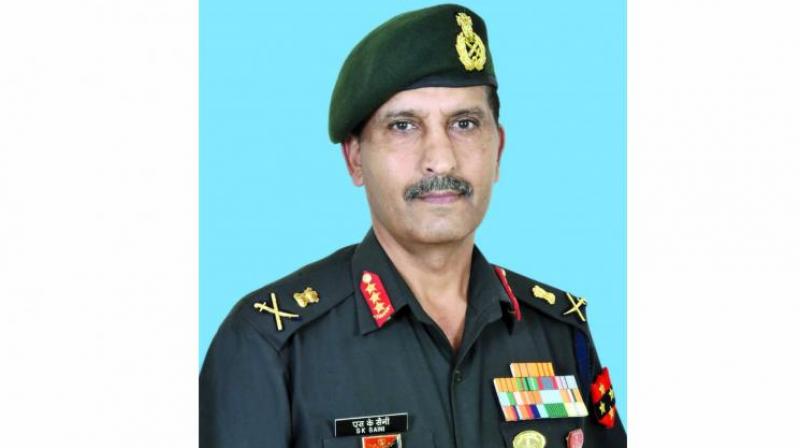 New Delhi: Lt. Gen. S. K. Saini will be Indian Army’s next vice chief. He will take charge on January 25.  He is currently posted as chief of Southern Command.

Lt. Gen. Saini is an alumni of Sainik School Kapurthala and National Defence Academy,  Khadakwasla. He was commissioned into 7 JAT in June 1981. He has commanded his Battalion, a Mountain Brigade, a Counter Insurgency Force in J&K and a Corps in the Western Theatre.

His staff experience inc-ludes tenanting the appoi-ntments of Brigade Major of an Infantry Brigade, GSO1 (Operations) of an Infantry Division and Director Military Opera-tions at the Army Headquarters.

Lt. Gen. Saini has also been Brigadier General Staff (BGS) of a Corps deployed in J&K, DDG in the Perspective Planning Directorate. Besides, he has been a weapons instructor in the National Security Guards Training Centre, Senior Directing Staff at the National Defence College, New Delhi and Commandant of the Indian Military Academy.

Prior to taking over as chief of Southern Command, he was the Director General (Manpower & Personnel Services). The General Officer is a graduate of the Army Command and Staff Course at the Staff College, Camberley in UK and has studied at the Royal College of Military Science, Shrivenham, UK.

Lt Gen Saini is also a graduate of the Higher Command Course and the National Defence College, Bangladesh, where he authored a research paper.

Lt Gen Saini has also served as the Deputy Chief Military Personnel Officer in the UN Mission in Iraq and Kuwait, attended an exercise on peacekeeping conducted by the Global Peace Operations Initiative in Mongolia and a counter terrorism exercise in Australia.