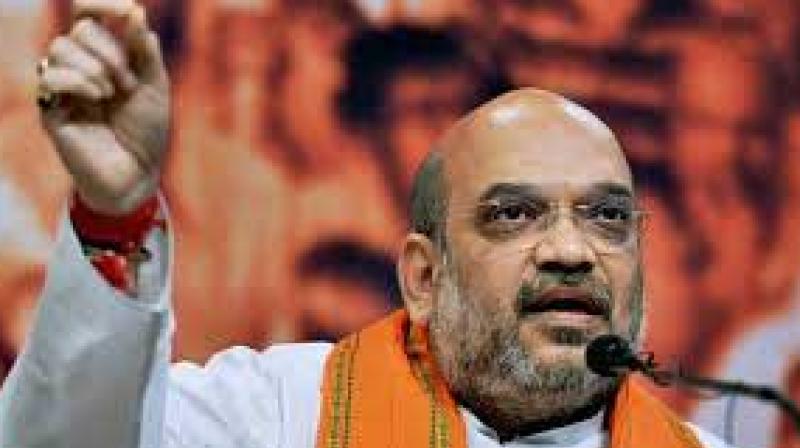 Amit Shah was admitted to New Delhi's AIIMS on Wednesday due to a swine flu infection. (Photo: File)

New Delhi: The BJP has slammed Congress over a senior leader’s remark on Amit Shah’s health, daring Rahul Gandhi to remove him as the general secretary.

The BJP said that if Congress’ general secretary BK Hariprasad was not sacked, then it would reflect that Gandhi supported his comments.

Hariprasad had said that Amit Shah’s illness was due to ‘panic’ after some party MLAs in Karnataka returned.

In connection with the Karnataka political crisis, Hariprasad said, “If he (Amit Shah) topples the Congress-JD(S) government, then he will have vomiting and loose motions. That is why he got swine fever.”

Rao also added that Congress always has two faces, one is Rahul Gandhi and the other is people like Hariprasad with these comments.

“If they really want to disapprove of his remarks, Rahul Gandhi must sack him or ask him to publicly apologise," Rao said.

Amit Shah was admitted to New Delhi's AIIMS on Wednesday due to a swine flu infection.