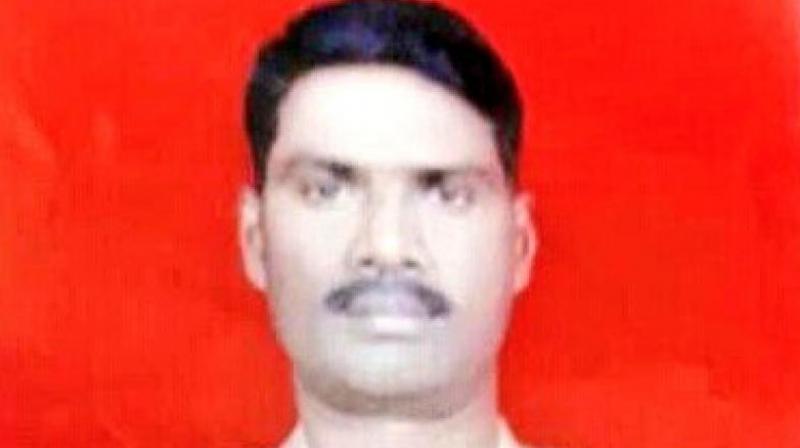 A BSF personnel died in the heavy shelling. He has been identified as head constable Suresh. He was a native of Tamil Nadu. (Photo: ANI)

Jammu: A Border Security Force (BSF) jawan was on Thursday killed and another injured as Pakistani troops opened fire and shelled Indian positions along the International Border in RS Pura sector of Jammu. Three civilians have also reportedly been injured in the heavy firing.

A BSF personnel died in the heavy shelling. He has been identified as head constable Suresh. He was a native of Tamil Nadu.

The firing and shelling on the Border Out Posts and civilian areas in RS Pura sector started at 2100 hours on Wednesday, a BSF official said.

"The district administration has asked all its officers to remain in a state of highest preparedness in view of continuous ceasefire violations by Pakistan," he said.

However, the villagers have not been evacuated so far, he said.