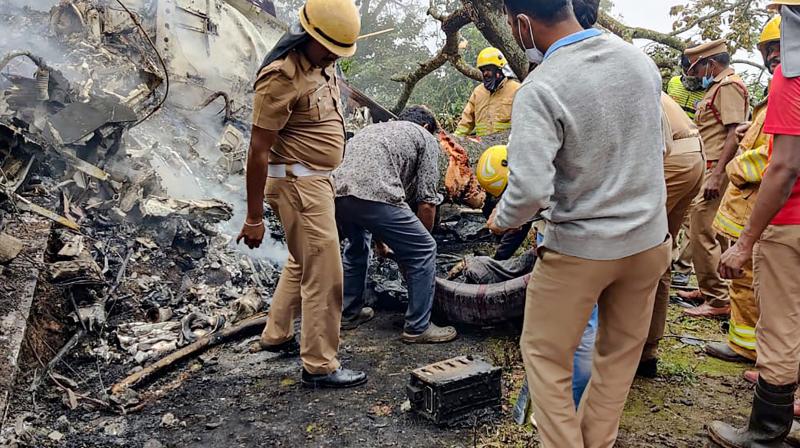 Bhopal: The State Bank of India (SBI) has handed over a cheque of Rs 48.40 lakh to the widow of Lance Naik Jitendra Kumar, who died in a chopper crash in Tamil Nadu last week, an official said on Friday.

Chief General Manager (CGM) of SBI (Bhopal circle) Binod Kumar Mishra on Thursday visited the residence of Jitendra Kumar, who lost his life in the helicopter crash near Coonoor in Tamil Nadu on December 8 along with Chief of Defence Staff (CDS) Gen Bipin Rawat and 11 others. The lone survivor of the crash, Group Captain Varun Singh, died earlier this week.

During his visit, Mishra expressed deepest condolences and grief to the bereaved family members, the official said.

Mishra presented cheques relating to two insurance claims totaling to Rs 48.40 lakh. Out to the total amount, Rs 30 lakh were on account of the accidental death benefit provided to the defence staff under Defence Salary Package and Rs 18.40 lakh being the settlement of SBI Life insurance policies, he said.

The cheques were handed over to the Lance Naik's wife Sunita, he added.