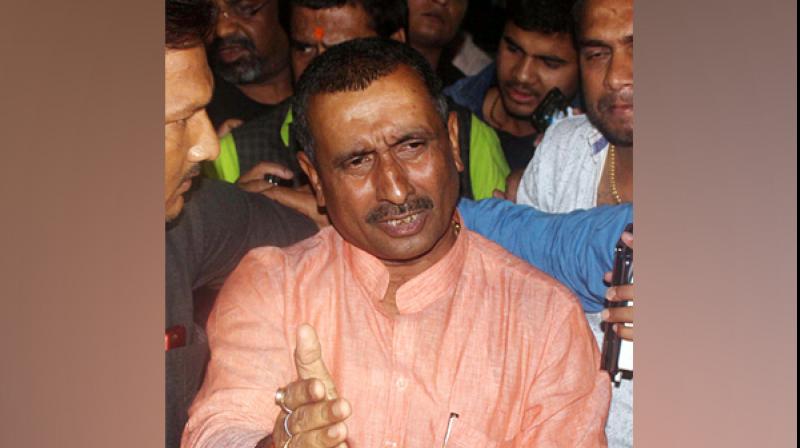 New Delhi: A Delhi court on Tuesday adjourned till December 20 the hearing on the quantum of punishment to convict Kuldeep Singh Sengar in the Unnao rape case and sought a copy of the affidavit filed by him in 2017 before the Election Commission.

Sengar's lawyers, however, sought minimum punishment from the court. The counsel stated that he was in public life for decades, served the society and had done lot of welfare work for the upliftment of the people.

"His conduct was good during custody. He has two minor daughters, does not have a prior history of crime. Please consider these facts also," the lawyer submitted before the court.

Delhi's Tis Hazari District Judge Dharmesh Sharma observed in the order that, "the CBI was able to prove the guilt of Kuldeep Singh Sengar beyond a reasonable doubt."

The co-accused Shashi Singh, who allegedly took the minor to Sengar, has been afforded the benefit of the doubt and let out by the court.

Sengar, a four-time BJP MLA from Uttar Pradesh's Bangarmau, had raped the girl at his residence in Unnao in June 2017, where she had gone seeking a job. He was arrested last year and is currently lodged in Tihar jail.

The court convicted him under Section 376 (rape) of the Indian Penal Code (IPC) and Section 5 (c) and 6 of the Protection of Children from Sexual Offences (POCSO) Act, which pertains to penetrative sexual assault committed against a child by a public servant.