India   All India  17 Dec 2018  Thanks for believing in Congress, will fulfil responsibility: Rahul to Rajasthan
India, All India

Thanks for believing in Congress, will fulfil responsibility: Rahul to Rajasthan

'It is an honour for the Congress party to serve Rajasthan. We will fulfil our responsibility,' Rahul Gandhi tweeted. 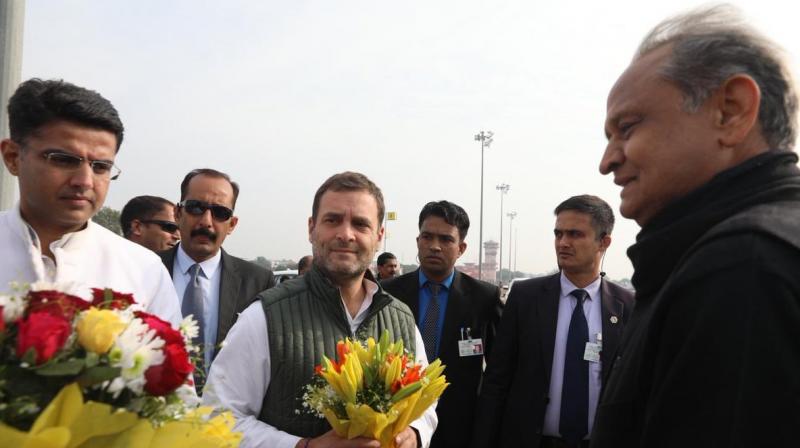 New Delhi: Congress president Rahul Gandhi on Monday thanked the people of Rajasthan for believing in the party and vowed that the state government will fulfil its responsibilities.

His remarks came after senior Congress leader Ashok Gehlot was sworn in as the chief minister of Rajasthan at a ceremony in Jaipur on Monday, while Sachin Pilot took oath as a cabinet minister.

The party announced that Pilot will be the state's deputy chief minister.

"Thanks to the people of Rajasthan for believing in the Congress. Congratulations to the leaders and workers of the Congress for the success of their struggle," he tweeted. 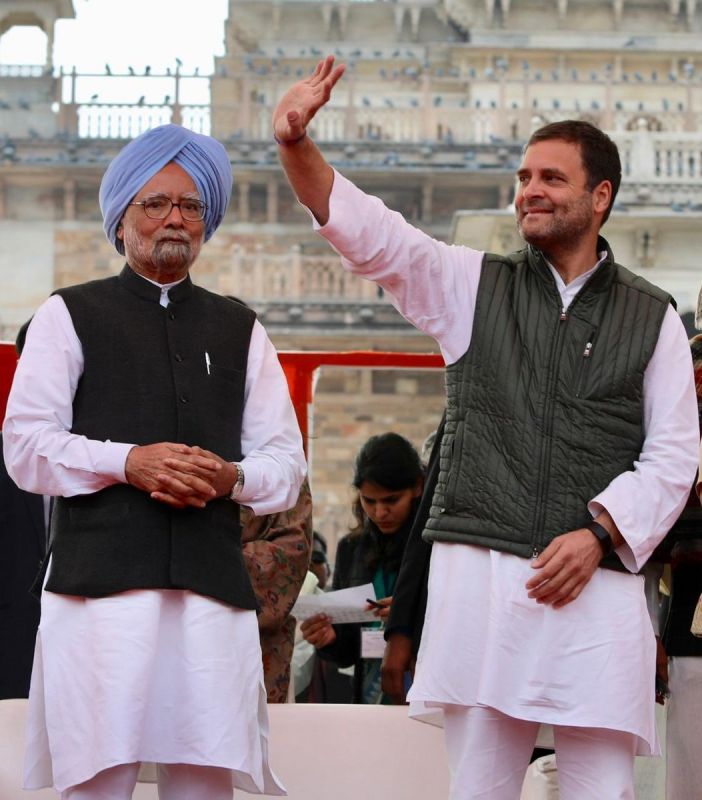 "It is an honour for the Congress party to serve Rajasthan. We will fulfil our responsibility," he added.

Rahul Gandhi also tweeted photographs from the swearing-in ceremony and of a bus in which top opposition leaders were seen sitting with him.