Among 7 civilians killed in troops’ firing in J&K's Pulwama on Saturday was an MBA pass out from university in Indonesia. 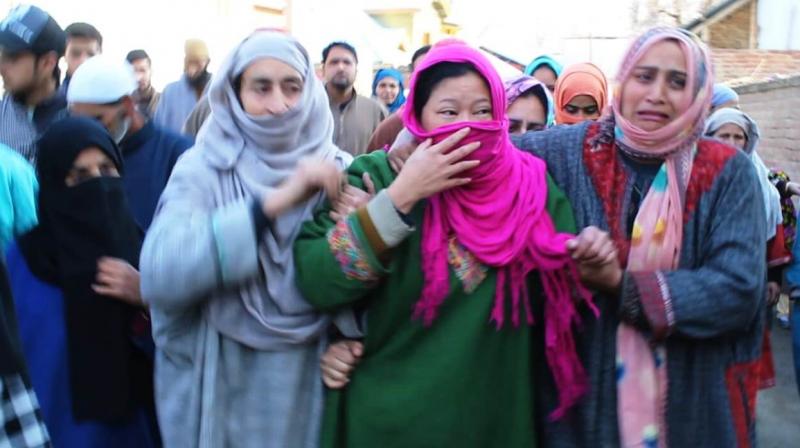 Srinagar: Among the seven civilians killed in troops’ firing in Jammu and Kashmir’s southern Pulwama district on Saturday was an MBA pass out from a university in Indonesia.

The “sudden and tragic” death of Abid Hussain Lone has left his Indonesian wife devastated. The couple had been married almost one and a half years and were living with their first child – three month old Zaina- happily in Pulwama’s Karimabad village.

On Saturday, 32-year-old Abid had gone to a nearby orchard to prune trees before a gun fight broke out between militants and security forces in the area. Following clashes between irate crowds and Army troops, he was shot by the latter and died on the spot, said his uncle Ghulam Muhammad Lone.

Abid’s young wife Saima is in shock and disbelief.

On Sunday, she received a number of phone calls from Jakarta and each caller tried to console her, the family sources said.

She was also informed that a protest rally was held at her native place against the civilian killings in Kashmir and among the participants were his mother and other family members.

The police officials said that they were part of a crowd which had “dangerously” come close to the encounter site and were hit.

The locals alleged that they fell prey to “indiscriminate firing” resorted to by the Army amid protests and stone-pelting at two places after the encounter in which three militants and a soldier died was over.

Jammu and Kashmir Governor, Satya Pal Malik, has ordered a probe into the “unnecessary and avoidable” loss of civilian lives.