Reversing the acquittal order of a lower court, the Delhi High Court has asked Sajjan Kumar to surrender by December 31. 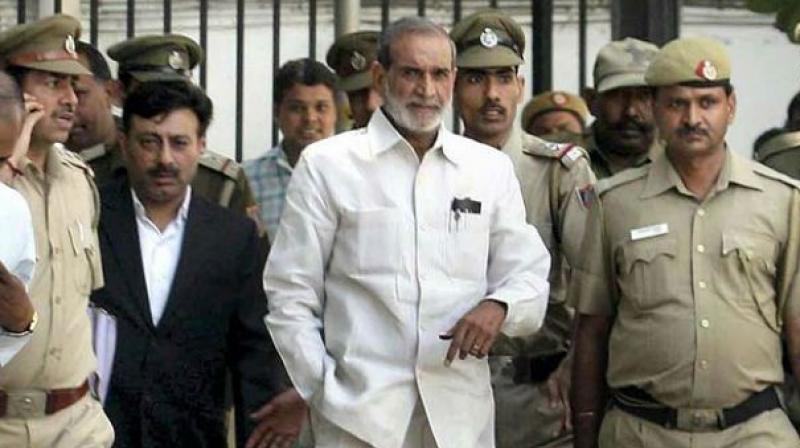 Congress leader Sajjan Kumar was convicted of murder and rioting during the clashes that broke out in the wake of late Prime Minister Indira Gandhi's assassination by her Sikh bodyguards. (Photo: File)

New Delhi: Congress leader Sajjan Kumar has been sentenced to life in 1984 anti-Sikh riots case by the Delhi High Court.

The Congress leader has been sentenced for conspiracy to commit murder.

The Delhi High Court reversed the judgement of his acquittal from a lower court and convicted Sajjan Kumar on Monday.

The court has asked Sajjan Kumar not to leave the city and surrender by December 31, 2018.

While reading the judgement, the High Court said, “In the summer of 1947, during partition, several people were massacred. 37 years later Delhi was the witness of a similar tragedy. The accused enjoyed political patronage and escaped trial.”

“It is important to assure the victims that despite the challenges truth will prevail and justice will be done,” the court added.

Congress' Sajjan Kumar was convicted of murder and rioting during the clashes that broke out in the wake of late Prime Minister Indira Gandhi's assassination by her Sikh bodyguards.