You wouldn't have come to hear me speak if I hadn't been a Gandhi: Varun

Many talented youngsters are unable to join and shine in politics as they do not have influential fathers and godfathers, says BJP MP. 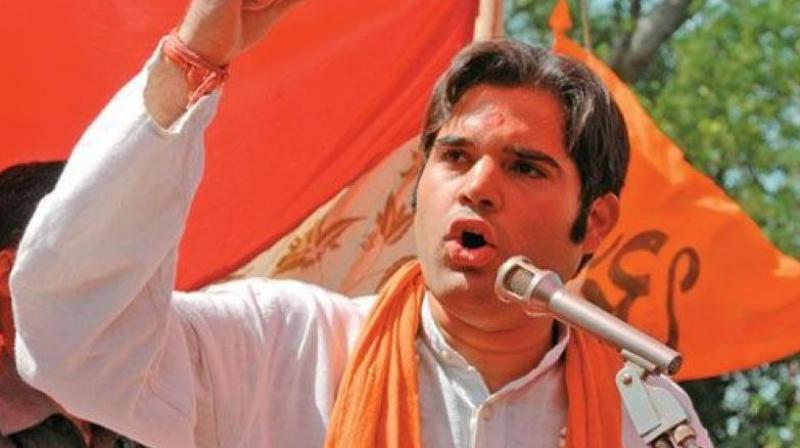 Varun Gandhi, the BJP MP from Sultanpur in Uttar Pradesh was speaking at a seminar in Hyderabad. (Photo: PTI)

Hyderabad: The 'Gandhi' surname helped me become a two-time Lok Sabha member at a young age, BJP MP Varun Gandhi said on Saturday, adding that those without "influential" fathers and grandfathers find it difficult to make a mark in politics.

The BJP MP from Sultanpur in Uttar Pradesh was speaking at a seminar in Hyderabad.

"Today, I have come to you and you all are listening to me. But the fact is if there was no Gandhi in my name, probably I would not have become a two-time MP at a young age and you would not have come here to listen to me," he said.

Gandhi said many talented youngsters are unable to join and shine in politics as they do not have influential fathers and godfathers.

"The fact is that a young person from a humble background, even if he has the talent and leadership qualities, cannot come into politics unless his father or godfather is someone worthy," he said.

The BJP leader said as many as 14 lakh farmers or common people in the county had to go to jails for payment default of Rs 25,000 during the past 15 years, whereas rich people, who owe crores of rupees to banks, are throwing lavish parties for the marriage of their daughters.

"As long as there is no uniform justice in this country, we will not be able to see the India that we are dreaming of. There is still a lot of inequality among people," Gandhi said.