Brahmos missile is the heaviest weapon to be deployed on India's Su-30 fighter aircraft. 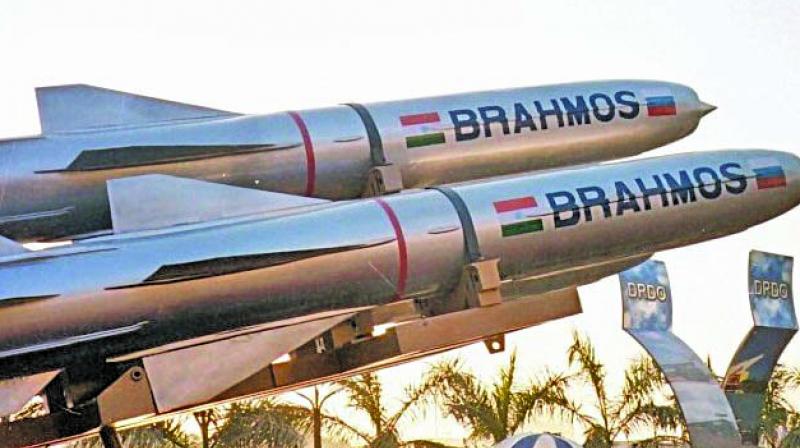 The air-launched variant of the Brahmos, the world's fastest supersonic cruise missile, was successfully test fired from a Sukhoi-30 combat jet on November 22. (Photo: File)

New Delhi: Work has begun to integrate the Brahmos supersonic cruise missile on 40 Sukhoi combat aircraft which is expected to fulfil critical needs of the Indian Air Force in the wake of evolving security dynamics in the region.

The air-launched variant of the Brahmos, the world's fastest supersonic cruise missile, was successfully test fired from a Sukhoi-30 combat jet on November 22, marking a major milestone to enhance the precision strike capability of the air force.

"The work to integrate the Brahmos missile on 40 Sukhoi combat aircraft has begun. A timeline for the project is being set," official sources told news agency PTI without elaborating.

It is learnt that the project is expected to be completed by 2020.

The fleet of 40 Sukhoi jets will undergo structural modifications at the state-run aerospace major Hindustan Aeronautics Ltd or HAL for integration of the missile on them.

The range of the missile, an Indo-Russia joint venture, can be extended up to 400 km as certain technical restrictions were lifted after India became a full member of the Missile Technology Control Regime or MTCR in 2016.

Brahmos missile is the heaviest weapon to be deployed on India's Su-30 fighter aircraft.

Once the project to integrate the weapon on the combat fleet was over, the capability of the Indian Air Force to strike from large stand-off ranges on any target in sea or land is expected to go up manifold.

"It is a very important project considering IAF's evolving requirement to boost air power when the possibility of a two-front war cannot be ruled out," an official told news agency PTI.

After the test firing of the air-launched version, the air force had said the missile coupled with the superlative performance of the Su-30 aircraft will give the force a strategic reach and will allow it to dominate the ocean and the battle fields.

The integration of the missile on Sukhoi aircraft is a very complex process involving mechanical, electrical and software modifications of the Su-30 jet.

Brahmos is a joint venture between India's DRDO and Russia's NPO Mashinostroyenia (NPOM).