Conveying his good wishes to new Congress President, Dr. Singh ended his speech by saying “May your path be blessed” 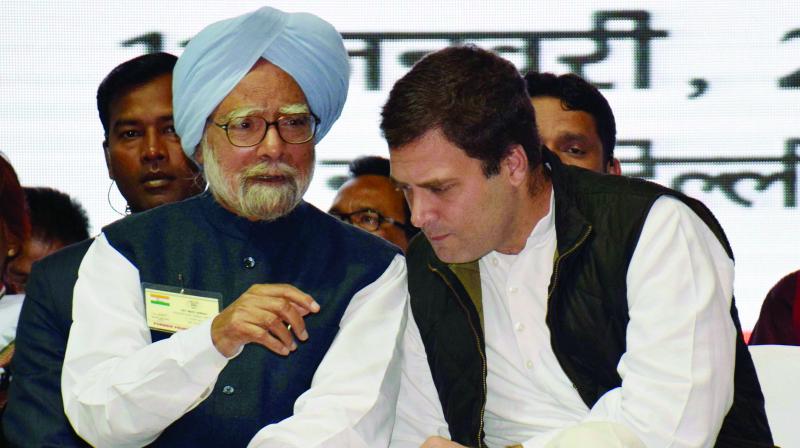 New Delhi: Former Prime Minister Dr. Manmohan Singh termed the appointment of Mr. Rahul Gandhi as Congress President as “politics of hope” which is needed by the country and not allow the “politics of fear” to take over. Speaking at the event of taking over of Mr. Gandhi, Dr. Singh said,  “Rahulji is taking over as president of our party at a time when there are certain disturbing trends visible in our politics.” He further added, “Rahul ji, we depend upon you to transform that area, that fear of politics will transform, to sustain the politics of hope, which this country needs.”

Targeting the BJP Dr. Singh said, “As a distinguished academic pointed out a few days ago, there are dangers that the ‘politics of fear’ will take over from the politics of hope.”

Recalling his association with the outgoing President Mrs. Sonia Gandhi he said he has worked with her as CWC member and as prime minister for 10 years. He further added that under the guidance of Mrs. Gandhi historical legislations were passed that include MNREGA and Right to Information Act. Thanking Mrs. Gandhi, the former Prime Minister said, “Now that Sonia ji is handing over the reins to Rahul ji, we salute Sonia ji for the magnificent leadership that she has provided in these last 19 years.”

Conveying his good wishes to new Congress President, Dr. Singh ended his speech by saying “May your path be blessed”