The students were asked to explain the constitutional validity of the writ petition in the context of Parliament enacting the law. 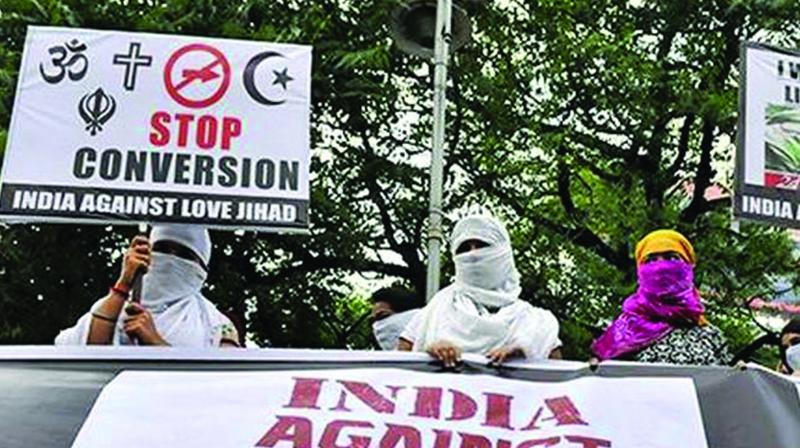 Controller of examinations said that they will send the question to the chairman of the board of studies for consideration.

Kottayam: “Love Jihad” is giving nightmares not only to parents and law enforcement agencies, but also to  many law students. For, university question paper setters have now chosen the topic to test the judgment of students on hypothetical situations involving “Love Jihad”.

A question for the 5th semester exam on constitutional law of MG University held on Friday wanted the students to find an answer to a situation in the backdrop of a hypothetical situation of  Parliament banning “Love Jihad”.

The question triggered a controversy with the  students and academic community alleging that  it was intended to instil a wrong feeling on ‘Love Jihad’ among the students.

The question is like this. Suppose the Parliament passes a  law in 2010 named “Abolition of love jihad”. In 2012, the state of Karnataka passes an enactment  repugnant to the provisions of the said Act, validating the acts of couples in love who run away. X, a boy of 21 years, in love with Y, a girl of 18 of  Karnataka, who  profess different religions  fall in love and run away fearing threats to their lives. X files a writ petition before the high court of Karnataka seeking police protection when the case filed by Karnataka against the central law is before a bench of three judges.

The students were asked to explain the constitutional validity of the writ petition in the context of Parliament enacting the law.

C.P. Ajmal, a 5th semester student, who wrote the exam, said  in a Facebook post  that  the question was  unreasonable, especially in the absence of any court of law finding the existence of “Love Jihad”.