India   All India  17 Dec 2017  Honouring old age: The elderly too have rights
India, All India

Honouring old age: The elderly too have rights

Science and technology has ensured people live beyond a certain age and provide improved healthcare options to the elderly. 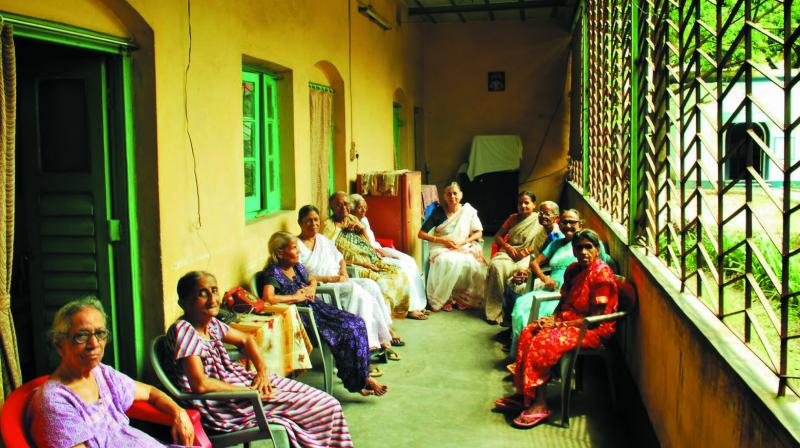 The increase in cases of abuse are shocking, almost each of us will be aware of a bystander video that has captured such an incident and gone viral.

Indian culture traditionally accords parents the status of God and indicates it is the moral duty of children to take care of their parents in the later years of their life. There was once a time when elders were revered and respected for their knowledge and had high standing in society. But there is a paradigm shift in this scenario today. The traditional family system is witnessing a disintegration into smaller setups. Nuclear families are increasingly common due to work demands and changing lifestyles. While we associate violence and neglect with those living in the streets, the sad truth is something entirely different. The highest perils of neglect lie within the comfort of our homes and the sufferers are those closest to us — the senior members of the family. The increase in cases of abuse are shocking, almost each of us will be aware of a bystander video that has captured such an incident and gone viral. It temporarily spikes our collective conscience and outrage, but does not tend to trigger a concerted change.

Science and technology has ensured people live beyond a certain age and provide improved healthcare options to the elderly. By 2025, the world will have a greater share of older persons in the population and cross the two billion mark by 2050. In India too, the population of the elderly will cross 18 per cent by 2025. However, rising life expectancy for the elderly has also brought about issues related to their isolation and loss of social relevance. Urbanisation, mobility of working population, mushrooming of nuclear families, and modern lifestyles have all led to the collapse of the traditional family structures. The elderly are increasingly marginalised, with many spending their final years in the confines of old-age homes, where the conditions are nothing short of abysmal many times.

A recent study by the Agewell Foundation found that the human rights of elderly people are increasingly violated because of the “popularity of nuclear and small families, lack of inter-generational interaction, and non-existence of an inclusive social security system”. It is alarming to note that about 86 per cent of senior citizens are unaware of their human rights and only 68.8 per cent have access to necessary medicines and healthcare. Urban areas fare even worse. About 23 per cent were found to be living in inhuman conditions and another 13 per cent lack proper age-appropriate nutrition. Discrimination and humiliation only add to their woes. Those who were once in respectable positions as the head of a family or a business now face issues like disregard, loss of respect in the family, inaccessibility to medicine, security and even depression.

Indian law provides senior citizens with certain basic rights, including the right to maintenance by children and relatives; the right to proper medical aid; the right to social security and integrity; the right to old-age pensions and other related benefits; and the right not to be exploited or ill-treated by others. The National Policy on Older Persons 1999 was framed to provide elders with a dignified life. It addresses issues such as finances, food security, healthcare and nutrition, shelter, education welfare and protection against abuse and exploitation.

The National Council for Older Persons was set up to monitor the implementation of the policy. Additionally, the Indira Gandhi National Old Age Pension Scheme, implemented in 1995, strives to provide financial security to senior citizens living below the poverty line. Recognising the need for social security for the elderly, the Parents and Senior Citizens Maintenance and Welfare Act was also passed in 2007. This endeavours to educate senior citizens about their legal rights and the duties of the State and children towards the elderly. It gives the elderly the option of redressal in the courts.

There are other provisions for the elderly as well, such as the United Nations principles, which provide a broad framework for action on ageing called the UN Principles on Rights of the Elderly. These talk about their opportunity to work, remain integrated in society, access to healthcare and living with dignity. In what can be termed a landmark judgment, a Supreme Court ruling in the case Paramjit Kumar Saroya vs Union of India and Another on May 28, 2014 held that children are liable to provide maintenance to their elderly parents.

Despite all these provisions, however, the real issues that older citizens face remain unaddressed and feed on their well-being and dignity. Children don’t have enough time to spend with the older generation and are also unable to decide whether to put them in old-age home. It’s a little different in rural areas due to lack of any such choices. Those in the upper strata of society fear sending the elderly away primarily due to the social stigma involved. But even within their own homes, they lack respect and the basic ingredients that can help them live their golden years in peace.

Ours is a society where near and dear ones are blessed with the adage “Tum sau saal jio (May you live 100 years)”. Old age was a period of celebration in earlier times. Although elderly abuse and denial of rights to them is difficult to digest in an Indian setting, it is slowly becoming an ugly reality. Confined within the four walls of their homes, their voices often remain unheard. The fact that one’s own children often choose to harass their parents is truly shocking. Other factors that exacerbate the situation are lack of a proper social security system, including good healthcare facilities. Many senior citizens still have no access to primary healthcare in old age.

The urgent need of the hour is an inclusive social security system for the elderly at the grassroots level, utilising tools like value-based education, awareness generation, research and advocacy in order to protect the human rights of senior citizens. There is a need to create viable spaces for the elderly, which would have day care as well as stay-in facilities. Spaces for the elderly should have safe communities with friendly and cheerful surroundings. These spaces should be such that they can lead an active social life and indulge in recreational activities. There is a need to make available trained staff who can deal with their healthcare issues and medical emergencies. Elderly citizens have the right to live with dignity and spend the golden years of their life at peace. Given such a space, more senior citizens would happily choose to live in.