'If at all the party retains power in the state, it will be only and only because of Narendra Modi,' claims RS MP Sanjay Kakade. 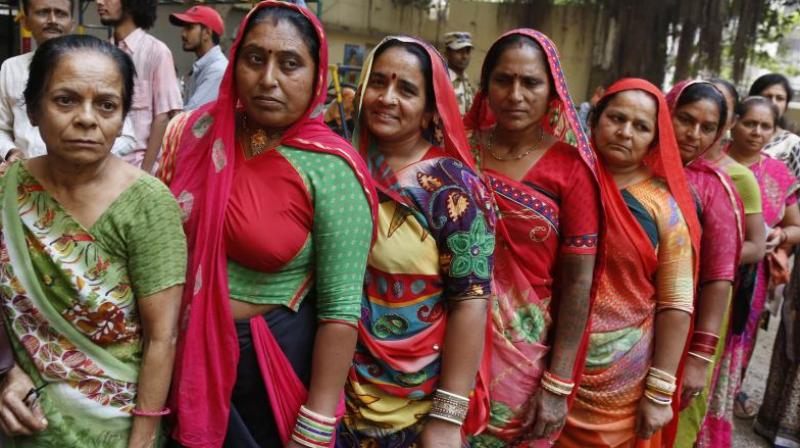 Sanjay Kakade points out that BJP leaders did not talk about development in any of the campaign rallies in the last phase. (Photo: AP)

Pune: As most exit poll surveys predicted the Bharatiya Janata Party to win the Gujarat Assembly polls, its Rajya Sabha MP Sanjay Kakade has claimed that the party would not win enough seats to form the next government in the state.

"Forget absolute majority, the party will not even get enough number of seats to form the government. The Congress on the other hand will reach close to the majority mark," Kakade claimed.

"If at all the party retains power in the state, it will be only and only because of Narendra Modi," he said.

Kakade claimed his team has conducted a survey in Gujarat and his claim was based on the outcome of that survey.

"I had sent a team of six people to Gujarat. They mostly covered the rural part of the state where they met farmers, drivers, waiters and labourers. Based on their survey and my own observation, I feel the BJP will not get absolute majority in Gujarat," he said.

Kakade cited anti-incumbency against the BJP government as a reason for his prediction.

"The BJP has been in power in Gujarat for 22 years. Since Independence, apart from the communists in West Bengal, there is not a single party in the country which has remained in power for 25 years," he claimed.

Kakade said the negative feeling against the party may cost BJP in this election.

He pointed out that BJP leaders did not talk about development in any of the campaign rallies in the last phase.

"In the last few rallies, there was no word on development by the party leaders. There was no mention of employment generation in Gujarat or about any major decision taken by the party during last three years. The rallies were aimed at targeting the Opposition and making an emotional appeal to voters," he said.