The family of four jailed Simi suspects filed a petition on Friday in a local judicial magistrate court here. 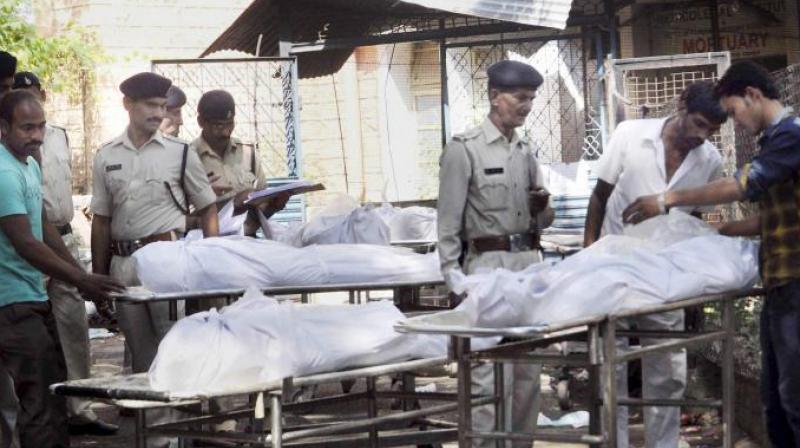 Bodies of SIMI terrorists who were killed in an encounter after they escaped from Central Jail, being handed over to their relatives and family members after post-mortem in Bhopal. (Photo: PTI)

The family of four jailed Simi suspects filed a petition on Friday in a local judicial magistrate court here, alleging they were neither allowed to take bath nor given food on time in the prison.

According to their counsel, Parvez Alam, the petitioners narrated their “ordeal” in the prison alleging that they were not given proper clothes, forcing them to wear same clothes for a month, and that they were not provided with sufficient bed sheets.

“We are living in a perpetual fear in the aftermath of killing of eight other Simi activists in an encounter with the police after they fled the jail. We have been subjected to all kinds of harassments by the authorities since the incident,” the petition alleged.

“The court has ordered the jail authorities to submit a detail report in this regard by December 19,” Mr Alam said, adding that similar petitions have also been filed in district and sessions court here.

Director general (DG), jails, Sanjay Choudhury, said the discontentment among the inmates of some jails in the state has been contained following the improvement of conditions in the prisons.

It has been decided to give the inmates four more pair of clothes in addition to equal number of clothes being provided to them, he said. He added that the steps have also been taken to enrich the diet by adding salad and pickles.