Ram Temple construction in Ayodhya to begin in April 2020: sources

The sources further said that the government is considering the proposal to redesign Ayodhya considering Hanuman Garhi as the epicentre. 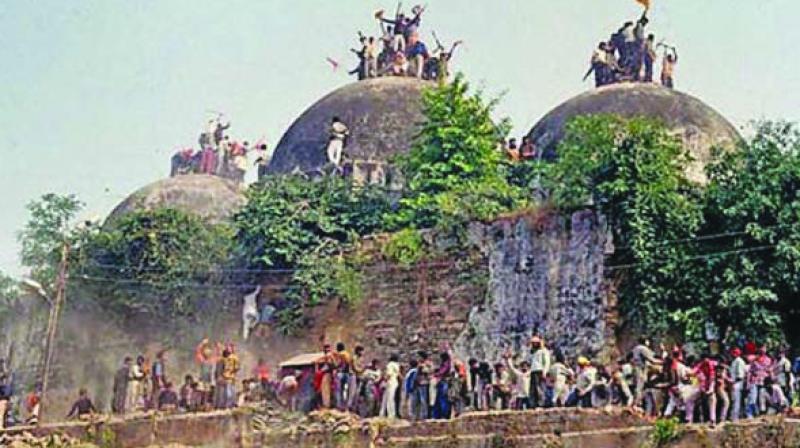 The Ram temple construction in Uttar Pradesh's Ayodhya will begin in April next year and it will be ready by 2022. (Photo: File)

New Delhi: The Ram temple construction in Uttar Pradesh's Ayodhya will begin in April next year and it will be ready by 2022.

"The Ram temple's construction in Ayodhya is likely to begin in April next year and by 2022 the temple will be ready," the sources told ANI.

For the temple, the Centre is contemplating over a multi-member trust like the Somnath Temple Trust of Gujarat, which will be responsible for the construction of the temple in Ayodhya.

While Somnath Trust had six members, it is likely to be a 14-17 member panel in Ayodhya, the sources said.

"It's also being discussed if instead of forming a new body if some changes can be done to old Ram Janm Bhumi Nyas by inducting new members," they said.

The sources told that Vishva Hindu Parishad (VHP) and Bajrang Dal organisations can also be the part of Ram Mandir Trust but the participants will be finalised by the Prime Minister's Office.

Prime Minister Narendra Modi will take the final call on who will be the part of the trust.

As per the sources, the new trust will be registered with the Culture Ministry. This ministry will look after the proceedings of formation of Ram Temple in Ayodhya.

Meanwhile, the VHP is of the opinion that the government should not pay for the formation of the temple rather it should be crowdfunded by people all across the country.

Stressing on the requirement of more land for the temple, the sources said: "We have 67 acres of land and to construct temple we may need 100-acre of land and if needed around 33 acres land will have to be acquired."

"As far as giving land for Masjid is concerned, we can’t give them land in this campus as we are short of 33 acres of land and we may need to acquire more land. So it's not possible for the centre to give 5-acre of land to another party, it will be given by state government in some other area," the source said.

"The Centre will not interfere in the process of land allocation for the mosque. It will be on the state government to provide land for the building mosque in proposed 5-acre," the source added.

The sources further said that the government is considering the proposal to redesign Ayodhya considering Hanuman Garhi as the epicentre.

The centre is also preparing for a masterplan of 388 km square of Ayodhya with facilities of smart city, which will have outer Ring road, Park treatment plant, bus stand Railway, Airport and other facilities in the city.