The book has been based on the findings of the Comprehensive National Nutrition Survey 2016-18. 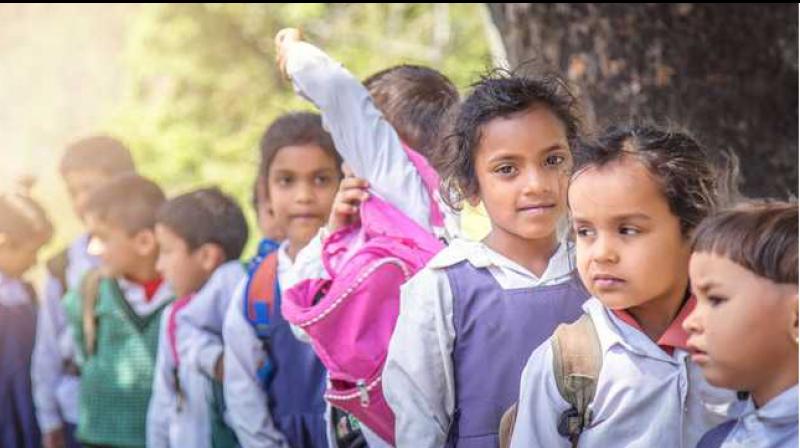 From uttapam to sprouted dal parantha - a book by UNICEF tells how to tackle problems of underweight, obesity and anaemia among children by consuming nutritious food that costs less than Rs 20. (Photo: istockphoto/ Greenapture)

New Delhi: From uttapam to sprouted dal parantha - a book by UNICEF tells how to tackle problems of underweight, obesity and anaemia among children by consuming nutritious food that costs less than Rs 20.

The book has been based on the findings of the Comprehensive National Nutrition Survey 2016-18 which found that 35 per cent of children under five are stunted, 17 per cent are wasted and 33 per cent are underweight.

The 28-page book lists out recipes of freshly prepared foods, also giving the cost of preparation of each of them.

For tackling underweight - the books lists recipes like potato stuffed paratha, paneer kathi roll and sago cutlets while for tackling obesity - there are suggestions of sprouted dal parantha, poha and vegetable upma.

Apart from calorie count, the book gives detailed break up of protein, carbohydrate, fat, total fibre, iron, vitamin C and calcium content of the recipe UNICEF chief Henrietta H Fore said the booklet aims to tell people what is nutritious and in what amount.

Fore said there are two stages in a person''s life when nutrition is extremely important.

"The first one would require healthcare workers at hospitals. It is at that time you can teach a young mother about nutrition and the second one is at adolescence when it can be communicated through teachers, knowledge of nutritious food needs to be brought into schools and made part of the curriculum," the UNICEF executive director said.

She said these types of brochures aims to remind what one should have in a packed lunch for a child. "If every parent also has that knowledge then we will all be better in terms of what we know about nutrition and how we actually feed ourselves," she said.

She further said the book needs to be brought into schools and made part of the curriculum. "So that there is good nutrition and I think national nutrition plans will incorporate this but we at UNICEF will be by their side and working with them on a good communication plan," she said.

She hoped the book is translated into regional language to improve its reach.

The supplement book that comes along with the recipe book also talks about causes and consequences of underweight, obesity and anaemia on the health of children.

It also talks about eating disorders like anorexia - voluntary self-starvation resulting in emaciation - and bulimia -recurrent episodes of binge eating followed by some kind of compensatory behaviour to prevent weight gain.