Though he refused to give any number, Mr Singh expressed confidence that JMM-Congress-RJD alliance would form the government in Jharkhand. 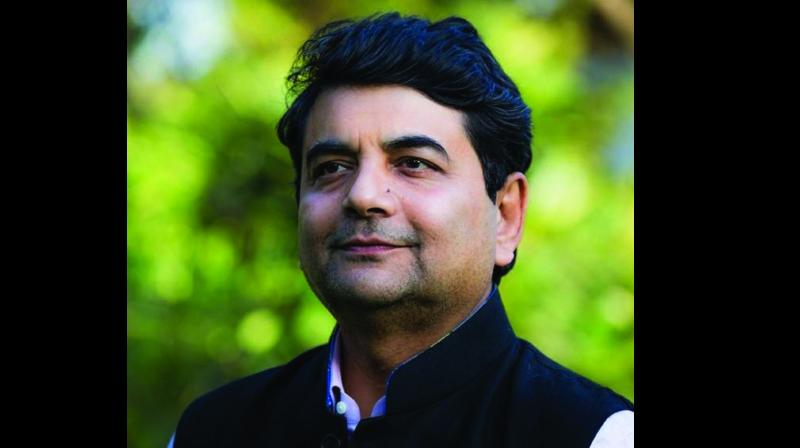 New Delhi: Having sorted out its alliance with the JMM and RJD well in time, an upbeat Congress Party in Jharkhand says that Assembly polls in the state will be fought on local issues and their alliance would form the next government in the state.

Matters like Ram Temple and Article 370 will have no bearing on how people vote, Congress’ in-charge of the state, R.P.N. Singh said.

“It is a localised election… in Jharkhand, we are talking of (starvation) deaths in 21st century, we are talking of corruption charges raised (against the government) by BJP ministers themselves, people accused of scams in medicine getting tickets of the ruling party, the lack of 24 hour supply of electricity is also a big issue,” Mr Singh told this newspaper.

Asked if issues like Ram Temple would make a difference, Mr Singh added that the Congress has already made a statement on the Supreme Court order, reiterating that Jharkhand would be a totally localized election.

The former Union minister steered clear of other polarising issues like deaths due to lynching saying, “You will have to wait for our manifesto”.

Though he refused to give any number, Mr Singh expressed confidence that JMM-Congress-RJD alliance would form the government in Jharkhand.

He said considering the total disarray in NDA in Jharkhand, it seemed highly improbable that the BJP would cross the “25-seat mark” in the state.

“The JD(U) and LJP are nowhere in the alliance (NDA). They are fighting separately. There is a huge problem on the AJSU front. The reality is that the BJP can’t keep its house in order,” he said.

The BJP has not yet sealed a seat-sharing arrangement with its existing ally — the All Jharkhand Students Union (AJSU). The LJP, its ally in Bihar, too wanted to join hands with it but has now decided to contest the election on its own.

On whether the results in Haryana and Maharashtra, where the BJP could not manage to get a majority of its own, would affect voter sentiment, Mr Singh said: “What is more important is not the amount votes the BJP got, what is important if that just after the Lok Sabha elections, the turnaround in the people — they have seen through the lies and deceit of the BJP. In Jharkhand, we will continue to raise the issues which plague the people of the state”.

He went on to add that even during the Lok Sabha polls earlier this year, the performance of the Congress Party was not really bad. “In that kind of juggernaut of the BJP we managed to win only one, but lost one seat by just 1,400 votes, which we have challenged in court… there has been a momentum in favour of the Congress”.

The Congress, which is contesting 31 seats in the 81-member Assembly, is definitely looking at increasing its tally, Mr Singh said. Its maximum tally in the state has been 14 till now.

In 2014, the BJP contested Jharkhand elections in alliance with AJSU and won 43 seats defeating the grand-alliance of the Congress, the RJD, the JD-U and the Jharkhand Mukti Morcha (JMM).

Jharkhand Assembly elections will be held in five phases beginning November 30. The counting of votes will take place on December 23.