Senior journalist Gautam Adhikari, who has also been accused of sexual harassment, is also on updated members' list. 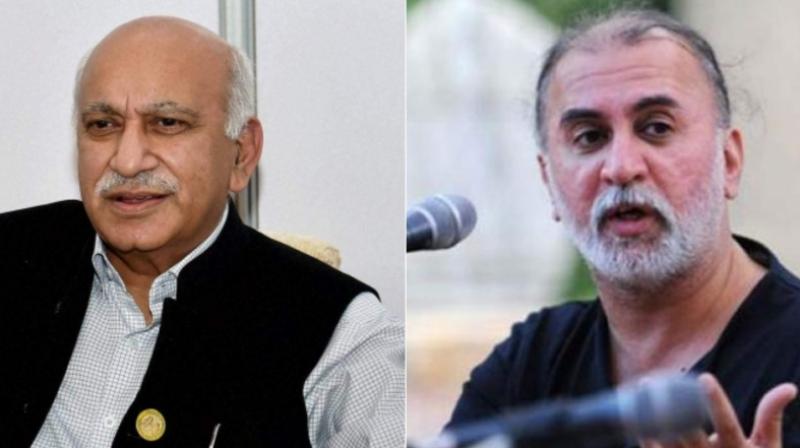 New Delhi: The Editor's Guild of India has released an updated list of members, which includes names of former Union Minister M J Akbar and Tarun Tejpal, both of whom have been alleged of sexual misconduct by their women colleagues.

Senior journalist Gautam Adhikari, who has also been accused of sexual harassment, is also on the list.

This comes despite a number of members of the guild calling for the removal of those who have been accused of sexual harassment by women.

Akbar has been accused of sexual misconduct during his days in the media industry by at least 20 women. The storm around the journalist-turned-politician gathered momentum after the #MeToo campaign raged in India.

The 67-year-old resigned from his post of Minister of State for External Affairs on October 17 owing to the growing flak he faced over the allegations.

The guild had earlier directed Akbar to withdraw the defamation case he had filed against journalist Priya Ramani, who was one of the first women to openly name the former minister.

Former Tehelka editor, Tarun Tejpal was accused of rape by one of his junior colleagues on November 7, 2013. Tejpal allegedly sexually assaulted the complainant in the elevator of the Grand Hyatt in Panaji, where Tehelka was holding its annual Think Fest.

A Goa trial court had charged Tejpal with rape, sexual harassment and wrongful restraint to which he had pleaded not guilty.

Earlier in October, the Editor's Guild had, taking note of alleged sexual harassment and assault of women journalists, released a statement condemning all "predatory conduct by such men".

It had also assured solidarity with women journalists who have brought the critical issues in public debate.