India   All India  17 Nov 2018  22 UP women receive widows' pension while husbands are alive
India, All India

22 UP women receive widows' pension while husbands are alive

The district administration has taken cognisance of the matter and ordered a probe into the alleged negligence. 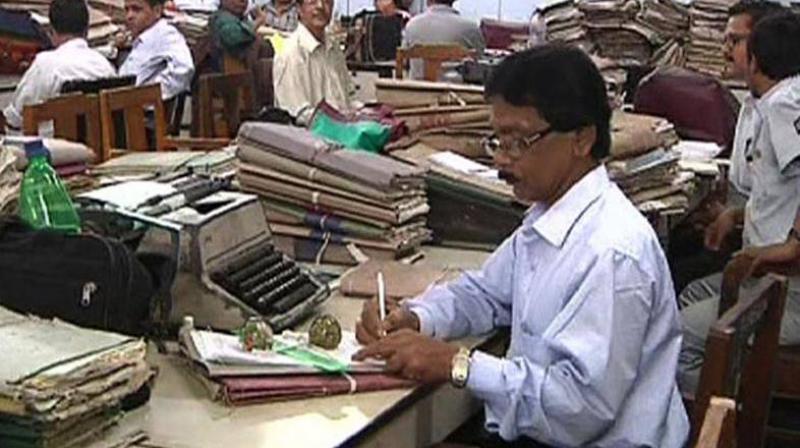 Twenty-two married women whose husbands are alive have allegedly been found receiving widows' pension under a scheme for the welfare of destitute women in Sitapur district. (Representational image | PTI)

Sitapur: In a shocking revelation, twenty-two married women whose husbands are alive have allegedly been found receiving widows' pension under a scheme for the welfare of destitute women in Sitapur district.

The shocking fact came to light after Sandeep Kumar, a resident of Batsganj village, noticed a message from the bank on his wife's phone around ten days ago that her account has been credited with Rs 3,000. Later, he went to the bank to get details of his wife's bank account, when he found out that she had been receiving the widows' pension despite the fact that he is alive.

Furthermore, Kumar found that not just his wife but his mother-in-law and sister-in-law were also receiving the pension even though their husbands are alive.

"My wife received a message alert from the bank that she received Rs 3000. Later, when I went to the bank to inquire about this, I got to know that my wife has received widows' pension despite the fact that I am alive. Not only my wife but my mother-in-law and sister-in-law also received the widows' pension even though their husbands are still surviving. I registered a complaint in the probation office but no one took any action," he said.

An investigation into the matter further showed that many other women, apart from those in Kumar's family, were beneficiaries of the widow's scheme even though their husbands are alive.

Reiterating the same, District Magistrate Sheeta Verma said that the action will be taken against the accused.