Brigadier Kuldip Singh Chandpuri was suffering from cancer. He is survived by his wife and three sons. 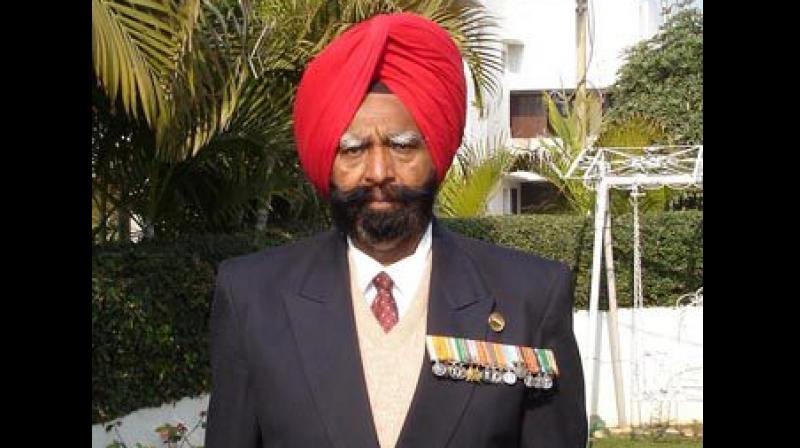 Chandigarh: The man who won India the historic Battle of Longewala, Maha Vir Chakra winner Brigadier Kuldip Singh Chandpuri today passed away. The 78-year-old war veteran died at a private Hospital in Mohali . He is survived by his wife and three sons.

In the year 1997, inspired by his heroics, a film Border was made starring Sunny Deol, Akshay Khanna and Ayesha Julka. Sunny Deol played the role of Major Kuldeep Singh Chandpuri in the movie.

Brigadier Kuldip Singh Chandpuri MVC, VSM  was born on 22 November 1940 and retired as brigadier from the Indian Army. He was known for his heroic leadership in the famous Battle of Longewala. Later, he was awarded Maha Vir Chakra by the government. Chandpuri was the third generation of officers to serve in the army. Both his younger uncles were pilot officers in the Indian Air Force. Chandpuri was a single child of his parents.

He was recruited into the Indian Army in 1962. Chandpuri was commissioned from Officers Training Academy, Chennai in 1963 into the 23rd Battalion of The Punjab Regiment.

He took part in the 1965 war in the western sector. After the war, he served in the United Nations Emergency Force (UNEF) at Gaza (Egypt) for a year.

He also served twice as an instructor at the prestigious Infantry School, Mhow (MP) where the elite of the Indian army are imparted instructions for combat training.

During the Battle of Longewala, Chandpuri and his company of 120 soldiers, defended the post, in spite of huge odds. He defended against the 3,000-strong Pakistani 51st Infantry Brigade, backed by the 22nd armoured regiment.

Chandpuri and his company held the Pakistanis at bay for a full night until the Indian Air Force arrived in the morning.

Chandpuri inspired his men, moving from bunker to bunker, encouraging them to beat back the enemy until reinforcements arrived.

Kuldip Singh Chandpuri and his men inflicted heavy casualties on the enemy, and forced them to retreat, leaving behind twelve tanks. For his gallantry and leadership, Chandpuri was awarded the Maha Vir Chakra (MVC) by the Indian Army.