India   All India  17 Nov 2017  'Padmavati' release to take longer? Censor board sends film back to makers
India, All India

'Padmavati' release to take longer? Censor board sends film back to makers

'Padmavati' has been sent back to filmmakers by CBFC due to technical reasons. The film will be reviewed as per set norms. 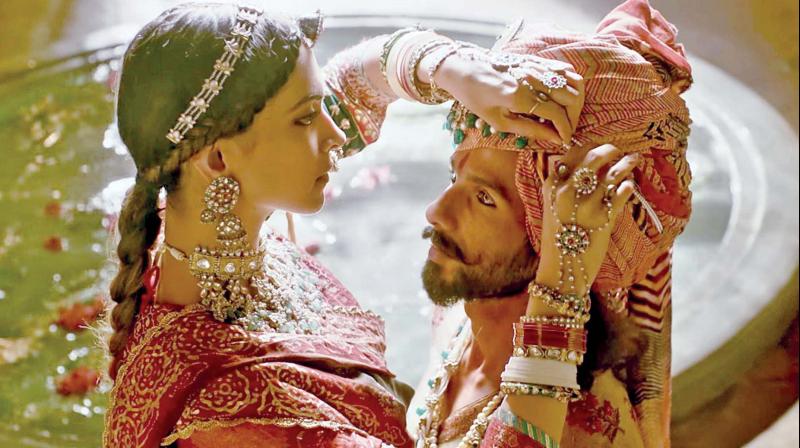 'Padmavati' is scheduled to release on December 1. (Photo: File)

Mumbai: The release of Sanjay Leela Bhansali's upcoming film 'Padmavati' is likely to be delayed from December 1, as the Central Board of Film Certification (CBFC) or the censor board on Friday had sent back the film to the filmmakers due to technical reasons.

According to sources to ANI, 'Padmavati' has been sent back to the filmmakers by CBFC due to technical reasons. The film will be reviewed as per set norms once it is sent back to censor board after sorting out the issue.

The film based on the mythical character of 'Padmavati' has irked many Rajput groups including Karni Sena who alleged the film has hurt the feelings and sentiments of the community.

Padmavati was embroiled in several controversies after speculation that there was a dream sequence showing Rani Padmini and Alauddin Khilji together.

Though Bhansali has clarified there was no such sequence some have raised objections over a song available online. During the shooting of the film at Jaipur’s Jaigarh Fort, Bhansali was attacked and the film’s sets vandalised. He had then released a video where he claimed there was nothing objectionable in the film.

The Mumbai Police on Thursday beefed up the security of actor Deepika Padukone after Shri Rajput Karni Sena (SRKS) warned of physical harm in case she did not refrain from "inciting public sentiments".

Karni Sena leader Mahipal Singh Makrana invoked the nose chopping of 'Surpanakha' in the epic Ramayana and said if the Bollywood film 'Padmavati' was not banned and Padukone does not refrain from fanning sentiments with her provocative language, the Rajputs will not lag behind in acting in a similar fashion.

Padukone had on Tuesday hit out against those protesting the release of 'Padmavati' and reportedly said that "we've regressed as a nation".

Read: Padmavati row: Did all Maharajas kneel before the British? Smriti slams Tharoor

The chairperson of the Rajasthan State Commission for Women, Suman Sharma, has written to CBFC asking for screening of the film for members of the Rajput community. Former chairman of ICHR, Y Sudarshan Rao, said artists and filmmakers cannot take the liberty of fictionalising history and presenting it to public through mainstream cinema.