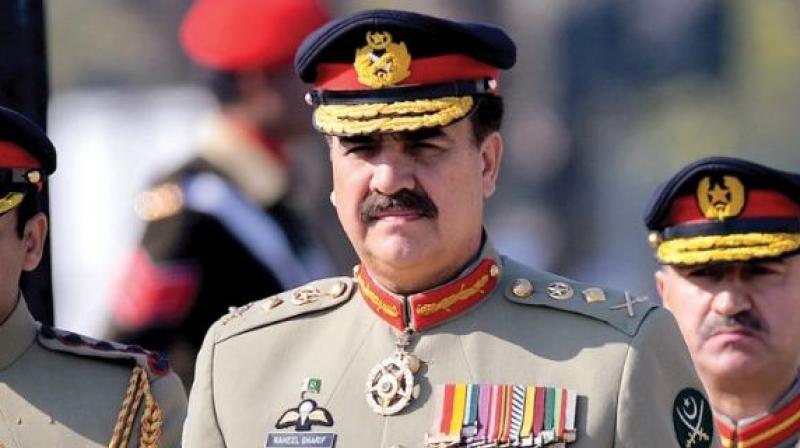 The Northern Command rubbished Pakistan’s claims in a tweet late Wednesday night and asserted there were no fatal casualties on the Indian side.

“No fatal casualties due to Pak firing on 14, 15 or 16 Nov. Pak Army Chief claim of killing Indian soldiers on 14 Nov false,” the tweet said.

General Raheel had said this in an informal chat with journalists in the President House where a banquet was organised by the President in honour of visiting Turkish President.

"The day seven of our soldiers were martyred on the border, we killed at least 11 Indian soldiers," he claimed. He claimed that Pakistan has killed "40-44 Indian troops" in the current clashes but the Indian army was refusing to accept and own its casualties.

General Raheel said India should "show courage" and own the deaths of its security personnel.

"The Indian army should man up and accept their losses," he said.

He said Pakistan army was professional force and was accepting its "casualties" while giving befitting response to "unprovoked" firing.

The army chief, who is set to retire later this month, said a message has been conveyed to Prime Minister Narendra Modi that his "aggressive actions" will not bear any results.

Pakistan had claimed that seven of its soldiers were killed at the LoC in an alleged ceasefire violation by Indian troops on November 13.

It was a rare direct media talk by the Pakistani COAS who normally avoids media and lets the media wing of army to interact with journalists.