Prashant Bhushan has filed this application in the pending petition challenging the arbitrary appointment of the CVC. 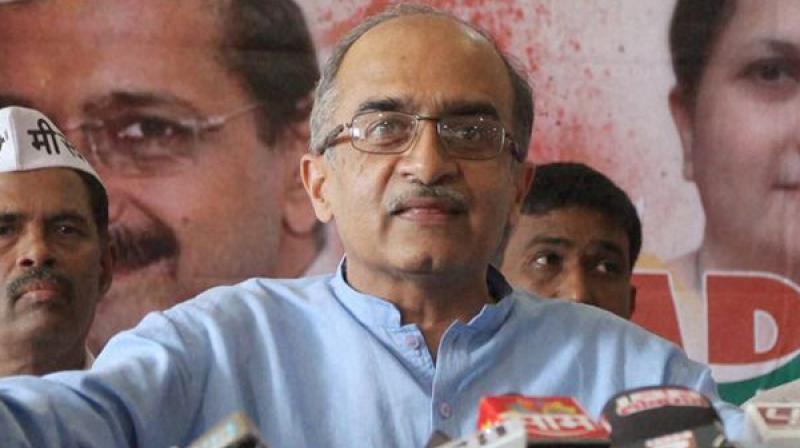 New Delhi: Common Cause organisation has approached the Supreme Court regarding bribes paid to prominent politicians by corporate groups, as revealed during the raids by income tax department and the CBI in 2013 and 2014.

Advocate Prashant Bhushan has filed this application in the pending petition challenging the arbitrary appointment of the chief vigilance commissioner (CVC). He alleged that the groups, whose premises were raided, might go for ‘settlement’ of their cases, amounting to a quiet burial of crucial evidence.

The application seeks to highlight the burial of evidence as a proof of “the doubtful role of the current CVC”, who held prominent positions as the chairperson of Central Board of Direct Taxation (CBDT) and adviser to the Supreme Court Appointed SIT on black money before being appointed as the CVC in 2015. The application prays for a thorough investigation and further action on the Sahara/Birla documents — allegedly detailing illicit payouts to political functionaries — recovered by the authorities in their raids. The court’s intervention is also sought to preclude any settlement of corporate groups with the I-T department and returning of the records to the parties to prevent destruction of evidence. It alleges that despite sufficient evidence of the commission of the offences of corruption, bribery, possession of black money, disproportionate assets and tax violations, both the CBI and the I-T department did not conduct a thorough scrutiny of their contents. It adds that the documents ought to have been shared by the I-T department with the CBI and the SIT on black money, since the matter was not limited to income tax violations, but included bribery, corruption and possession of black money.