The ED took cognisance of a CBI FIR in this regard to initiate the move. 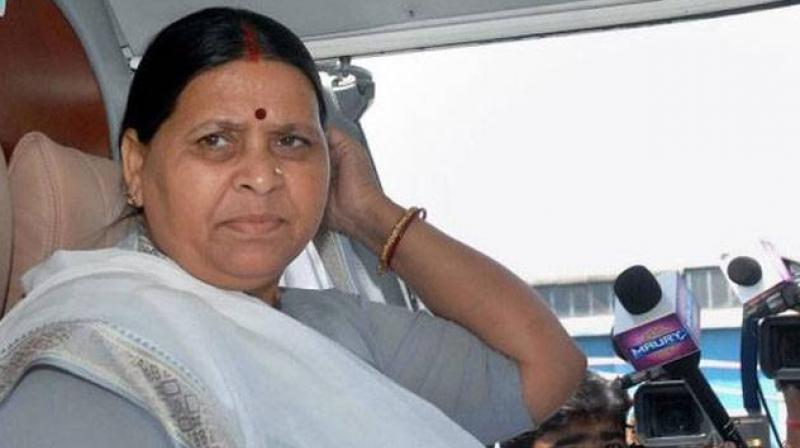 New Delhi: More trouble seems to be in store for RJD chief Lalu Prasad Yadav as the Enforcement Directorate (ED) has started the process to identify movable and immovable assets belonging to him and his family members for initiating proceedings to attach them as part of the agency’s money laundering probe pertaining to the IRCTC hotel scam.

Meanwhile, Rabri Devi on Monday skipped deposition before the ED for the fourth consecutive time. The agency wants to question her in connection with the case.

Sources said the ED is investigating the alleged “proceeds of crime” generated by the accused in the case. The agency will soon initiate proceedings to attach such movable and immovable ass-ets, they added. The ED recently registered a money laundering case against Lalu Prasad Yadav and his family members in connection with the case. The ED case was registered und-er the stringent provisions of the Prevention of Money Laundering Act.

The ED took cognisan-ce of a CBI FIR in this regard to initiate the move. The CBI, in the month of July, had registered a corruption case in this regard and conducted multiple searches against the former Bihar CM and others.

Mr Yadav’s wife and former Bihar chief minister Rabri Devi, son Tejashwi Yadav, and others are also being probed by the ED. The case dates back to the time when Lalu Prasad was the railway minister in the UPA government. Others named in the CBI FIR include Vijay Kochhar, Vinay Kochhar (both directors of Sujata Hotels), Delight Marketing company, now known as Lara Projects, and the then IRCTC managing director P.K. Goel.

The CBI FIR alleged that Prasad, as railway minister, handed over the maintenance of two IRCTC hotels to a company after receiving a bribe in the form of prime land in Patna through a ‘benami’ company owned by Sarla Gupta. The FIR was registered on July 5 in connection with favours allegedly extended to Sujata Hotels in awarding a contract for the upkeep of the hotels in Ranchi and Puri and receiving premium land as ‘quid pro quo’.