The next hearing on the matter will be held on September 20 as Michel's lawyer Aljo K Joseph has sought time to file a response. 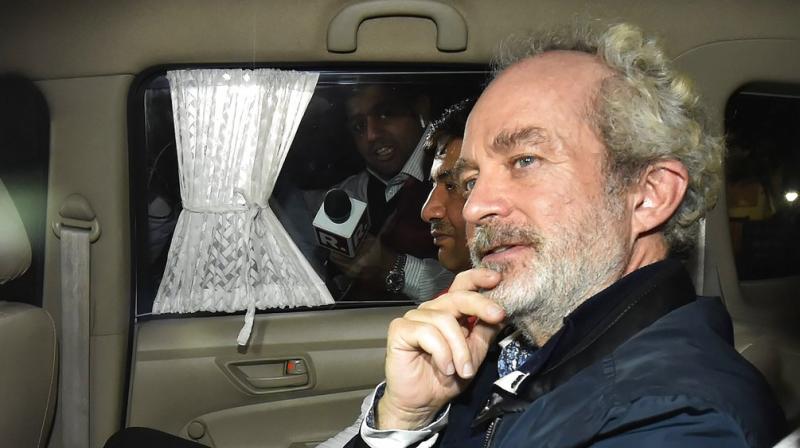 Judge Arvind Kumar has sought the response of Michel on the application.

The investigative agency has also sought a specimen of his signature and handwriting for the probe. In its application, CBI told the court that Michel needs to be confronted with some more documents.

The next hearing on the matter will be held on September 20 as Michel's lawyer Aljo K Joseph has sought time to file a response. Michel will also be produced in the court on September 20.

Observing that the accusations against Michel are serious, a Delhi court had on September 7 dismissed his bail plea. Micheal, in his bail plea, contended that he should be granted bail since he has been in custody for the last 375 days, including the days spent in Dubai jail during his extradition proceedings.

Michel was extradited from Dubai last year and is currently lodged in Tihar Jail in connection with alleged irregularities in the chopper deal.

While the CBI is probing his alleged role as a "middleman" in the deal, the Enforcement Directorate is investigating money laundering charges against him.