The incident occurred when BJP Godda MP Nishikant Dubey visited Kanhavara village of his constituency to announce construction of a bridge. 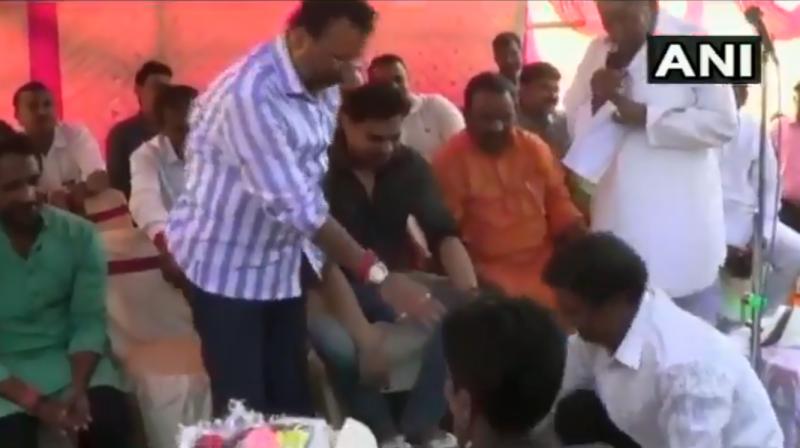 In the video, a BJP worker, Pawan, can be seen washing Dubey's feet and drinking the water used for it. (Photo: Screengrab | ANI)

Godda (Jharkhand): Bhartiya Janata Party (BJP) Member of Parliament (MP) Nishikant Dubey has found himself at the centre of controversy after a party worker washed the parlimentarian's feet and drank the used water thereafter.

The incident took place on Sunday when the MP from Jharkhand's Godda visited Kanhavara village of his constituency to announce the construction of a bridge. Onlookers filmed the episode, which was also shared by Dubey on his Facebook page, however, he later deleted it.

In the video, a BJP worker, Pawan, can be seen washing Dubey's feet and drinking the water used for it.

Earlier in July, Dubey grabbed headlines after he said that his party members fear that hugging Congress president Rahul Gandhi might lead to divorce.