The DG of paramilitary force said that there could be many ways to make air travel more secure and easy for passengers, at the same time. 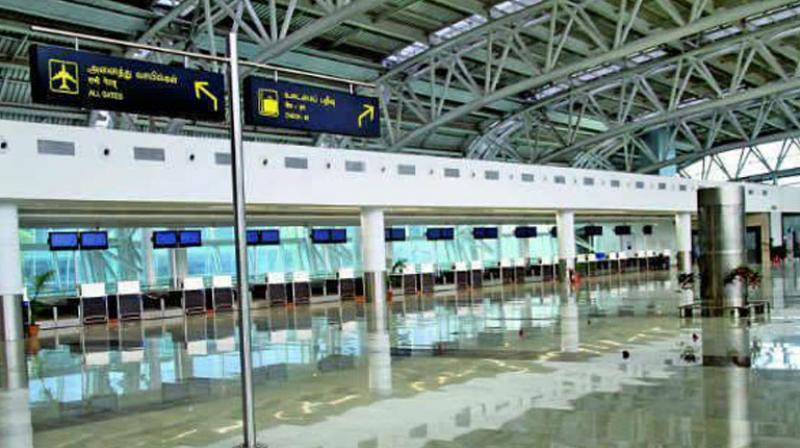 The CISF has begun 'exploring' the technology that is required to usher in the boarding card-less system of air travel at the 59 airports. (Photo: Representational)

New Delhi: After doing away with hand baggage tags at over a dozen airports, aviation security agencies are now planning to dump the boarding pass collection system and begin a regime of 'express check-in' aided by biometrics for smooth air travel.

The chief of the country's airport security force – the CISF – told PTI in an interview that they have begun "exploring" the technology that is required to usher in the boarding card-less system of air travel at the 59 airports that it guards at present and at the rest of such civil facilities that are going to come under its umbrella as part of a "unified command" in the future.

"We are working on two projects. The first is how to introduce integrated security solutions at airports. You need to connect all dots that exist within the security establishment. You have so many strategies to do it...You have the biometrics, video analytics and a very robust access control system.

"We will try to interconnect all these things in a very integrated fashion," CISF Director General O P Singh told the news agency.

The DG, an IPS officer of the 1983 batch, said doing away with the boarding card system is part of this process and project and a recent initiative launched at the Hyderabad airport for 'express check-in' of passengers is an example in that direction.

"We may do away with boarding cards too. But, that depends on how strong I become (with regard to technology- based security systems). The Hyderabad airport is the only airport in the country that is totally biometric. We are trying to explore this system for all airports," he said.

The DG said the launch of the new system at the Hyderabad airport is for "every" stakeholder in the airport security to see and that it was a "shining example" when it comes to bringing in smart systems and take new steps to ensure smooth and hassle-free movement of passengers at airports.

As part of the system unveiled at the Hyderabad airport recently, domestic passengers after printing a boarding pass from 'self-service kiosks' at departures forecourt area outside the terminal building, can straight head to express security check lane without getting into the check-in area and then go towards the boarding area.

The CISF's plans come at a time when there have been talks of using identities like Aadhaar and others for starting biometric entry system of passengers at airports. It plans to not only introduce a system like the Hyderabad airport but also work towards doing away with the boarding pass with the help of biometrics.

"I can assure the airport operators and others in the aviation domain that the CISF is all prepared and ready to facilitate these new systems," Singh said while talking about the future course of action vis-a-vis smart air travel.

The DG of the 1.80-lakh personnel strong paramilitary force said that there could be many ways to make air travel more secure and easy for passengers, at the same time.

"There could be so many things. What does a passenger want. They want a very smooth journey and a very less waiting time. We have noted that our time for frisking (passengers) has lessened and this is certainly below the global level.We have our own strategies to deal with passengers during peak time.

"Our frisking time is certainly better than global standrads of the world," he said adding that this time is not more than 12 minutes.

The Central Industrial Security Force, along with other agencies like the BCAS and Ministry of Civil Aviation, has recently started a passenger-friendly system of doing away with tagging and stamping of hand baggage tags for both domestic and international air travellers at 17 airports in the country.

This new system is expected to be launched at ten more airports by the end of this month or early October.

The CISF boss said his second project is to"rationalise" manpower by bringing in more smart technology not only for airports security but for similar tasks when it comes to guarding vital assets of the country like aerospace stations and nuclear power plants among others.

Singh said, "in due course", the CISF will take over the security duties of all the 98 civil airports in the country as part of a "unified command" being set up by the government for civil aviation and airports security.

"This is a concept given by the government that all airports should be taken over by the CISF. But, ofcourse it was decided that they should be given to the CISF in a phased manner. So, right now we are having cover for 59 airports. In due course we will take over some more and then further go ahead.

"We have the potential and capability to take over (security duties) of all airports. We are fully prepared, professionally and manpower wise," the DG said.

Singh said about 20,000 fresh personnel are currently under training in the force and out of these 2,000 will immediately be deployed to fill existing vacancies in the manpower at airports under the CISF cover.

The DG added that the force and its experts are also planning to test some more body scanners in the future, as done sometime back using foreign-made scanners.