India   All India  17 Aug 2020  Nervous Monday for Jammu after police crack down on social media video
India, All India

Protests held in Muslim localities of Jammu and parts of Kashmir 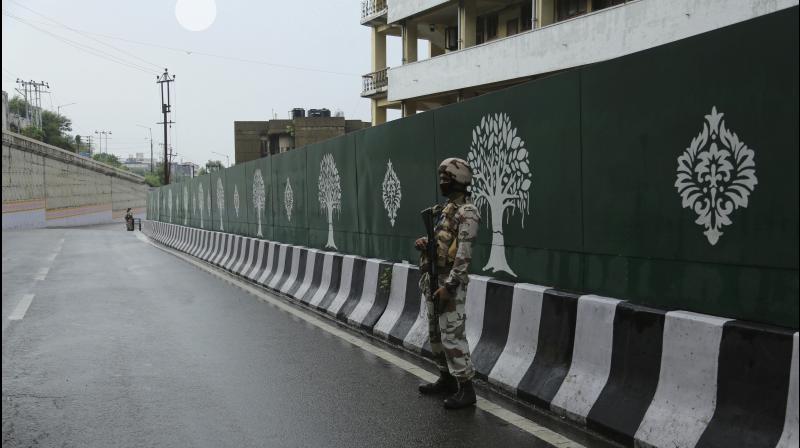 File photo of a paramilitary soldier standing guard on a road in in Jammu last week. Tensions have been bubbling in Jammu over a social media video in which two men allegedly blasphemed Prophet Muhammad. (AP file photo)

Srinagar: Tensions simmered in Jammu and even parts of Kashmir a day after police arrested two men for circulating a video on social media in which insulting remarks were allegedly made against Prophet Muhammad. Curfew-like restrictions were imposed on communally sensitive Kishtwar district of Jammu “as a precautionary measure,” police said.

Inspector-general of police (Jammu) Mukesh Singh, said the two men, Satpal Shrma and his colleague Deepak Kumar, were arrested quickly after the video of Sharma using derogatory words against the Prophet went viral on social media.

It wasn’t the only video bothering the police in the region. Another video also went viral that showed a group of so-called cow vigilantes thrashing a Muslim man after his teenage son had driven away stray cows from his pasture went viral.

Some predominantly Muslim areas of Jammu, mainly in the Chenab valley, remained shut on Monday. Peaceful protests were held at some against alleged blasphemy. There were protests held in some parts of Kashmir Valley too including Tral and Sogam (Kupwara).