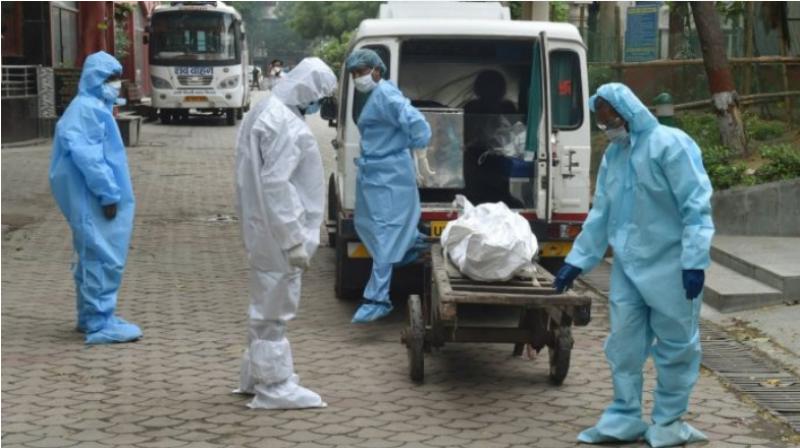 The country last week overtook Britain with the world's fourth-highest number of deaths, behind the United States, Brazil and Mexico, and has recorded 2.6 million infections.

India's death toll from the pandemic now stands at 50,921, an increase of 941 from the previous day, according to the health ministry's website.

The world's second-most populated country, home to some of the world's biggest cities and largest slums, is already the third-most infected nation behind the US and Brazil.

Many experts however say the real numbers may be far higher due to low levels of testing and because deaths are often not properly recorded in India's chronically under-funded health system.

Despite the rising death toll, the health ministry tweeted on Sunday that India's virus mortality rate was "one of the lowest globally" at below two percent.

"Successful implementation of testing aggressively, tracking comprehensively and treating efficiently through a plethora of measures have contributed to the existing high level of recoveries," the ministry said in a statement.

Experts say India needs to ramp up testing further to get the virus under control as it spreads to rural and regional areas where healthcare systems are particularly fragile or not easily accessible.

On Saturday, Prime Minister Narendra Modi said trials and tests on three potential vaccine candidates were being carried out in India and that his government was preparing to produce huge numbers of doses if any are found to be viable.

"Once we get a green signal from our scientists, we will launch massive production of the vaccine. We have made all the preparations," Modi said in an Independence Day speech on Saturday.

"We have drawn an outline to ramp up the production of the vaccines and to make it available to each and every person in the shortest possible time."

Modi's government imposed in March one of the world's strictest lockdowns.

It dealt a heavy blow to Asia's third-biggest economy and caused misery for the country's poor, with tens of millions of migrant workers left jobless almost overnight.

Vast numbers trudged back penniless to their home villages from cities including New Delhi, Mumbai and Ahmedabad, many of them on foot. Some died on the way.

The lockdown has since been steadily eased but many sectors complain that they are severely short of workers.

State and local governments across the country have meanwhile reimposed lockdown measures as the virus has spread to smaller cities and rural areas, where around 70 percent of Indians live.

In many rural regions however, anecdotal evidence suggests that measures to stop the spread such as masks and distancing are widely ignored.

In addition, a lack of public awareness has contributed to those with the virus being ostracised, making people more reluctant to get tested.