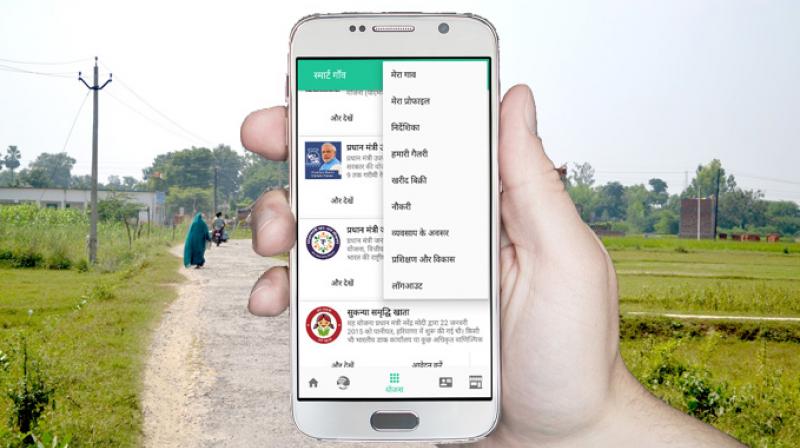 Udhampur (JK): Residents of the hilly district of Udhampur in Jammu and Kashmir expressed relief and happiness on Monday over the restoration of 4G mobile internet services after a gap of over a year, saying it would help them carry out various activities, be it online classes or professional work, with ease amid the COVID-19 pandemic.

The Jammu and Kashmir administration restored the high-speed mobile internet services on Sunday night on a trial basis in Udhampur and Ganderbal districts -- one each in Jammu and Kashmir divisions -- over a year after the facility was suspended following the abrogation of special status to the erstwhile state on August 5 last year.

The resumption of 4G internet services on mobile devices came days after the Centre had informed the Supreme Court that a special committee looking into the matter was considering allowing the facility on a trial basis in two of the 20 districts of the Union Territory.

"It is a welcome decision as you cannot keep pace with the outside world using low speed internet, especially at a time when the pandemic has brought normal life to a grinding halt and led to a manifold increased in people's dependence on cyberspace," Arjun Khajuria, a resident of Udhampur town, told PTI.

Khajuria, a software engineer who had returned from Delhi taking the work from home option to keep his private job, said working on 2G mobile internet was a big headache and that he was unable to complete the tasks assigned by his company.

"As the clock struck 9 pm, everyone who had got the information started surfing the net and it was a pleasant surprise to have a 4G mobile internet connectivity. I am relieved now," he said.

Rahul Sharma, who is also working in a private company in Delhi, said he used to start the day looking for broadband connection or internet cafe.

"Despite working from 9 am to 5 pm, there was no work satisfaction. The frequent disturbance by visitors and threat to get infected was always there," he said.

An order issued by the JK Home Department said the high-speed internet mobile data services in the districts of Ganderbal (Kashmir division) and Udhampur (Jammu division) would remain in force till September 8, unless modified earlier.

Internet services were snapped in Jammu and Kashmir hours before the Centre abrogated its special status and bifurcated the erstwhile state into union territories -- Ladakh, and Jammu and Kashmir -- on August 5 last year.

However, the 2G internet facility on mobile phones was restored on January 25. Earlier this month, the Supreme Court had asked the Jammu and Kashmir administration to explore the possibility of restoring 4G services in certain areas.

"The resumption of the high speed mobile internet service ended our worries with regard to the future of our children who were forced to stay at home due to the COVID-19 pandemic since March," Prashant Sharma, whose son is a Class 7 student in Army Public School, said.

"They were facing a lot of problems to get connected to the virtual classrooms, which have become a new order, due to low speed internet connectivity. We were afraid that our child will not be able to pursue his education and might lose a precious year," Sharma said.

He said the children faced no problem with internet connectivity this morning.

"You cannot run a virtual class at 2G speed. We are doing our best to help the students to get their lessons so that they are able to prepare for the annual examination but the low speed of the internet sometimes was playing the spoilsport," Anju Sharma, a private school teacher, said expressing satisfaction over the restoration of the high-speed mobile internet services in the district.

Seventy-two-year-old Radha Krishan Sharma was worried about not being able to fill up an online application to get the recently introduced domicile certificate.

Pranab Sharma, a government job aspirant, said the restoration of 4G internet has brought ease to the lives of the people like him who were facing a lot of problems to download or upload forms.