Iltija claimed Kashmir has been engulfed in clouds of darkness and that she fears for the safety of its people, including those who spoke up. 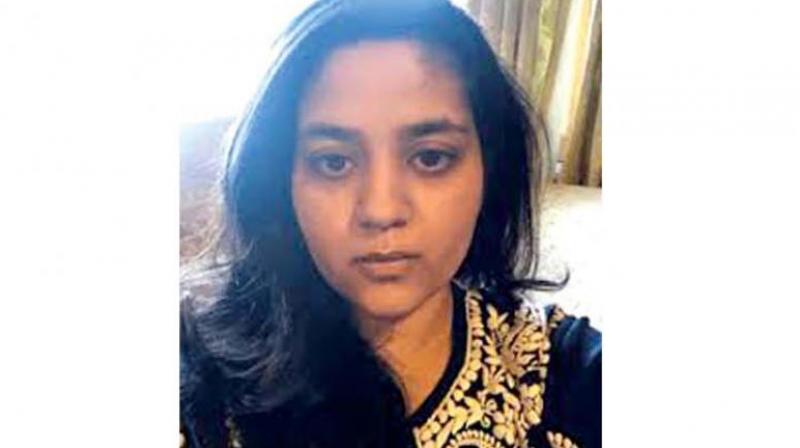 Srinagar: Iltija Javed Shah, daughter of former J&K chief minister and People’s Democratic Party president Mehbooba Mufti, has asked the government to explain the urgency of placing her under house arrest “despite being a law-abiding citizen” and “turning away guests who desire to meet me”.

The arrest spree in the Kashmir Valley continues. On Friday, the parents of several Srinagar youths called on a senior government official to claim that their wards were rounded up by the police in the past 12 days “without any justification”.

Iltija has, in an open letter to Union home minister Amit Shah, said she fears for her life after she spoke to the media questioning the arrest of her mother earlier this month. “For the world’s largest democracy, doesn’t a citizen have the right to speak up in the face of unimaginable repression? I’ve been threatened with dire consequences if I speak up (to the media) again,” reads the letter, copies of which were smuggled out of Mufti’s besieged residence at the high-security Gupkar Road here and distributed among mediapersons.

The letter says: “I’m left with no other option but to write to you since I’ve made several unsuccessful attempts to get a degree of clarity on my detention. Hope and pray that I am not punished or penalised or arrested for raising questions about my fundamental rights.”

Iltija claimed Kashmir has been engulfed in clouds of darkness and that she fears for the safety of its people, including those who spoke up.  “We Kashmiris are reeling in despair since the unilateral abrogation of Article 370 on August 5... My mother Mehbooba Mufti, former CM J&K, was detained along with scores of other elected representatives the very same day. It has now been over ten long agonising days since this crippling curfew was imposed,” the letter says, adding: “The Valley is gripped with fear because all phones of communication have been snapped, thereby debilitating an entire population.”

The letter says: “Today, while the rest of the country celebrates India’s Independence Day, Kashmiris have been caged like animals and deprived of basic human rights.” It adds: “It’s a tragic irony that I am being treated like a war criminal for stating the inconvenient truth.”

The letter alleges she is under constant surveillance. “We’re not even told when visitors are turned away from the gate and I’m not allowed to step out either. Odd since I am not affiliated to any political party and I have always been a law-abiding citizen,” it says.

She says some security personnel cited her interviews to various media portals and newspapers as the reason for her detention. “In fact, I have been threatened with dire consequences if I speak up again”, she claimed.

It says: “With due respect I fail to understand why I’m being punished for speaking on behalf of Kashmiris whose voices have been smothered”. It then asks: “Is it a crime to articulate the pain, torment and indignity we have been subjected to? Does it warrant a detention to describe our plight?”

She has termed her house arrest as “suffocating and humiliating” and asked under which law(s) she has been detained and for how long, and whether she needs to seek legal recourse. “It is suffocating and humiliating to be treated in this manner. I have to grovel for permission to allow my aged grandmother to visit her son. Is she also a potential threat?”, the letter says.

Meanwhile, a family member of former CM and National Conference president Farooq Abdullah said on Friday that he (Abdullah) had formally sought the administration’s permission to offer Id prayers at a Srinagar mosque on August 12, but it was declined.

Dr Abdullah is among several hundred mainstream political leaders and activists and members of trade and civil society groups who have been placed either under house arrest or jailed during past 12 days.

Dozens of local residents, mainly youth, have also been detained in police stations. The detainees have been accused of being potential “troublemakers” or involved in stone-pelting incidents that took place in Valley areas after Parliament passed a resolution abrogating the special status of J&K under Article 370 of the Constitution and a bill to split the state into two Union territories.

However, the relatives of many youth claimed they were picked up by the police “without any reason”. Eight of the detained youth belong to the Soura area of Srinagar, where several thousand people including women had on August 9 marched along the streets to protest against the scrapping of Article 370 and the state’s bifurcation. The police used force to disperse the protesters, resulting in injuries to many of them.

Niyaz Ahmed Dar, a resident of Soura, alleged that his son Aamir Niyaz was whisked away by the police while he was walking on a side street of his locality with a sacrificial sheep on the eve of Id. “He was taken to the Soura police station. I met the SHO and he promised that he would be released the next day. He wasn’t. Yesterday I was told by some police  officials he was recommended for detention under the Public Safety Act”, Mr Dar told reporters, before meeting Srinagar’s deputy commissioner to plead his son’s “innocence”.