The statement also appealed for 'democratic and peaceful means to ensure stability in the state of Jammu and Kashmir'. 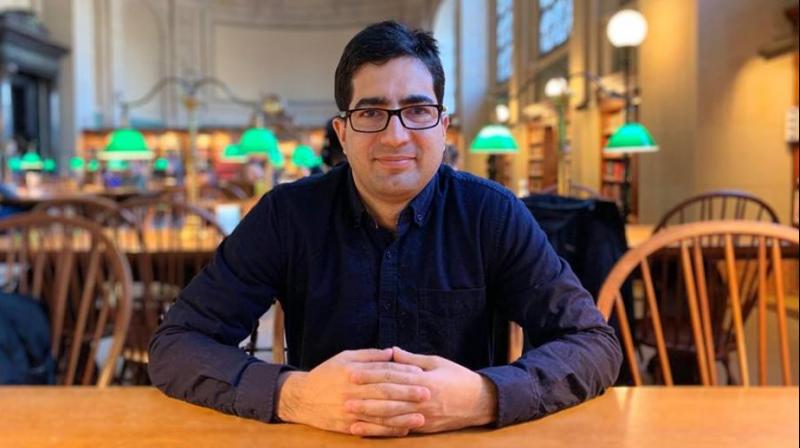 Faesal was detained at Delhi's Indira Gandhi International Airport on August 14 and sent back to Kashmir on the same day. (Photo: File)

New Delhi: Expressing concern over the detention of former civil servant-turned-politician Shah Faesal, as many as 124 students, faculty, alumni and affiliates of the Harvard University on Thursday urged the Indian government to release the Kashmir-based Harvard alumnus and other local leaders.

The statement read: "We are concerned about the latest restrictions and arrests of many local leaders, including a Harvard student and politician, Shah Faesal."

"We urge the Government to release Shah Faesal and other local leaders. We request the government to take credible action keeping in mind the democratic rights of people during the process of bringing peace to the Valley," the statement further read.

The statement also appealed for "democratic and peaceful means to ensure stability in the state of Jammu and Kashmir”, reported Firstpost.

Those mocking or pitying #ShahFaesal for leaving the IAS & his political career now being over, worry not. He's still a genius doctor, Harvard scholar, administrator. Will be successful in any field. Any university or country will be proud to have him. The loss is solely India's.

Faesal was detained at Delhi's Indira Gandhi International Airport on August 14 and sent back to Kashmir on the same day. The next day, he was reportedly taken to a makeshift detention centre at the Centaur Hotel in Srinagar.

Apart from Faesal, former Jammu and Kashmir chief ministers Mehbooba Mufti and Omar Abdullah were also put under house arrest, a day prior to the Centre's announcement to abrogate Article 370.

Sharply critical of the abrogation of state's special status, Faesal took to Twitter to vent out his anger and said: "Kashmir will need a long, sustained, non-violent political mass movement for restoration of the political rights. Abolition of Article 370 has finished the mainstream. Constitutionalists are gone. So you can either be a stooge or a separatist now. No shades of grey."