India   All India  17 Aug 2018  ‘Remark on Babri demolition was made by Jaswant on Atal’s behalf’
India, All India

“After that particular statement issued on his behalf, Vajpayee never talked about it,” Prof Malhotra added. 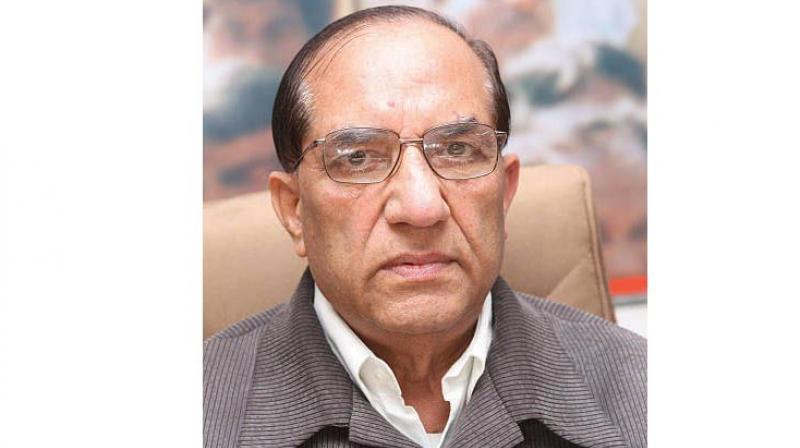 New Delhi: Sharing his long relationship with former Prime Minister Atal Behari Vajapyee, senior BJP leader Prof Vijay Kumar Malhotra on Thursday said that the veteran saffron leader describing the Babri demolition as a “Black Day in Indian history” was in fact a statement which was issued by party colleague Jaswant Singh on his behalf. Prof Malhotra, former deputy leader of BJP in Lok Sabha during 2004-09, told this newspaper that the statement terming Babri demolition as “Black Day in Indian history” was strongly opposed within the party and Mr Singh clarified that it was issued with proper consultation and permission of Vajpayee.

“After that particular statement issued on his behalf, Vajpayee never talked about it,” Prof Malhotra added.

Prof Malhotra came in close contact with Mr Vajpayee, an editor of Hindi daily Veer Arjun, in 1951 when he joined the daily as sub editor and correspondent.

Talking about his acceptability across the party line, Prof Malhotra said that after 2006, Vajpayee stopped attending public functions. Then Lok Sabha speaker Somnath Chatterjee approached him requesting to arrange one speech of the former Prime Minister in the Lok Sabha. “Seeing the poor health condition of Mr Vajpayee, Chatterjee was ready to go against the norms of the House. Mr Chatterjee offered that former Prime Minister address the members sitting on a wheelchair from the entrance of Lok Sabha. Mr Chatterjee told me that members will enrich their knowledge by his (Vajpayee) knowledge and experience,” said the BJP leader.

Talking about his popularity in Pakistan, Prof Malhotra, who joined Mr Vajpayee in the inaugural Delhi-Lahore bus service, said then Pakistan Prime Minister Nawaz Sharif had said that Mr Vajpayee can now win elections even in Pakistan with a huge majority.