Locals near Makanur were stuck in their houses as the landslide-hit area blocked all roads. 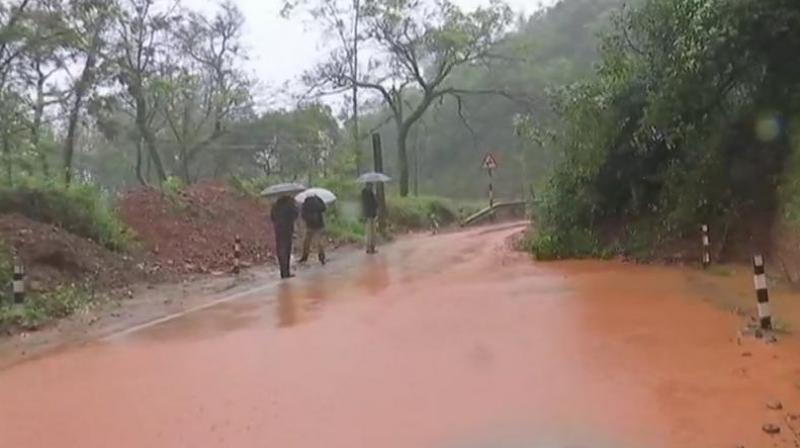 Bengaluru: Karnataka Chief Minister H D Kumaraswamy on Thursday announced a grant-in-aid of Rs 200 crore for relief work in districts hit by floods and landslides in the state due to incessant rains.

On Friday morning, the Kodagu-Mangalore highway was badly hit and eventually blocked due to multiple landslides after heavy rains in the area since Thursday. Locals near Makanur area were stuck in their houses as the landslide-hit area blocked all roads.

One of the residents of Makanur said, "It is not possible to move, people are stuck in their houses. I have not witnessed such heavy rain before." 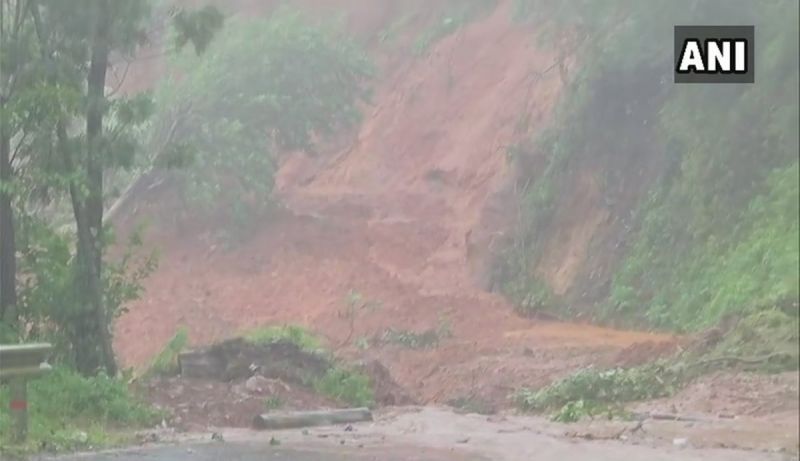 In Madikeri, too, a similar situation was witnessed as heavy rains and landslides hampered rescue operations.

Speaking about the condition of the Kodagu-Kushalnagar road, PRS Chetan, Civil Defense QRT (quick reaction team) said,  "We are landlocked as all roads leading out of Madikeri are blocked due to multiple landslides, we are unable to move to save people,"

A press release from the Chief Minister Office said 29 relief camps have been set up and 1,755 people provided shelter.

The release said two deaths in Kodagu and one each in Udupi and Shivamogga have been reported till now.

Kodagu has been badly affected by flood and mudslides and many people were stranded in various places. The help of the Army has been sought to rescue the people, the Chief Minister said. 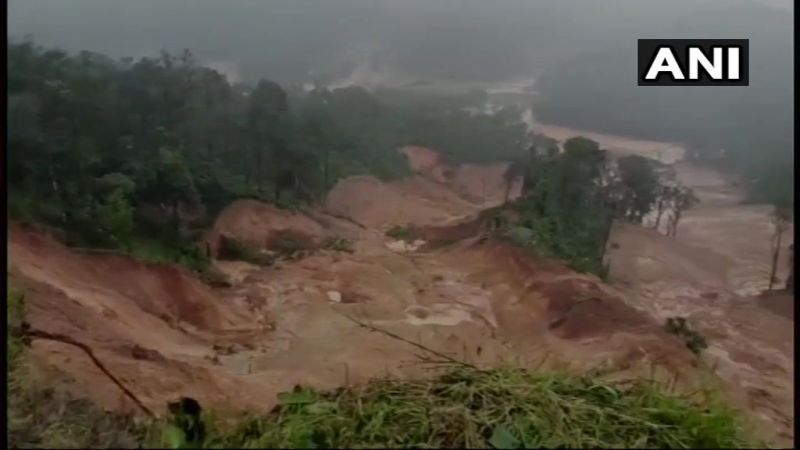 CM Kumaraswamy said Rs 237.55 crore was available with all district commissioners and there was no dearth of funds to take up relief measures.

When asked whether the state would be approaching the Centre for relief, Kumaraswamy said he would certainly be seeking its assistance for which the losses have to be estimated.