The SC also asked Kerala and Tamil Nadu to abide by the NCMC’s directions on rehabilitation and water level reduction’. 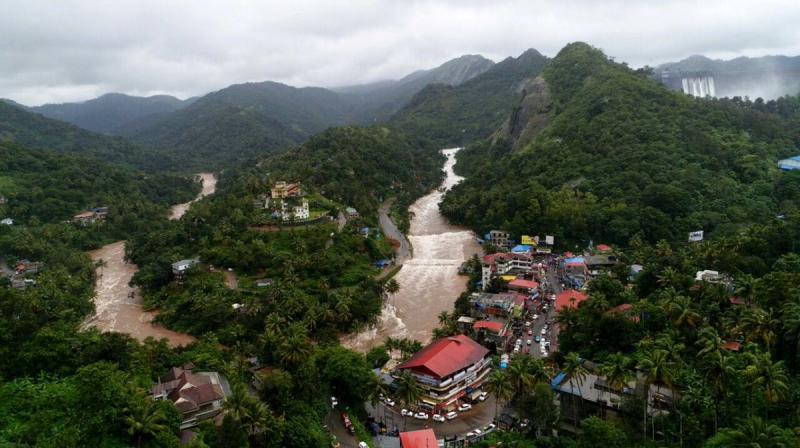 With flood situation in Kerala worsening with every passing day, the death toll in the monsoon fury has mounted to 167. (Photo: File | PTI)

New Delhi: In wake of severe floods in Kerala, the Supreme Court on Friday asked the National Crisis Management Committee (NCMC) and a sub-committee set up by Kerala to explore methods to reduce Mullaperiyar Dam water level to 139 feet.

The apex court further asked Kerala and Tamil Nadu to abide by the NCMC’s directions on rehabilitation and water level reduction’.

Taking a serious note of the grave flood situation, the court also asked the Kerala government to take appropriate steps while releasing water at Mullaperiyar dam so that people are not affected.

The top court also sought a report from the state government on steps taken on disaster management and rehabilitation measures.

However, it also observed that it was not an expert to deal with such severe natural calamity and was leaving to the executive to contain the crisis.

With flood situation in Kerala worsening with every passing day, the death toll in the monsoon fury has mounted to 167.

Rise in flood waters in Periyar River due to the rains and opening of the shutters of all major dams including Mullaperiyar, Cheruthoni, part of Idukki reservoir and Idamalayar, have severely affected the lives of people in low-lying areas.