A man with a headdress and a beard (seemingly representing a Sikh), mimics an Indian accent in the video. 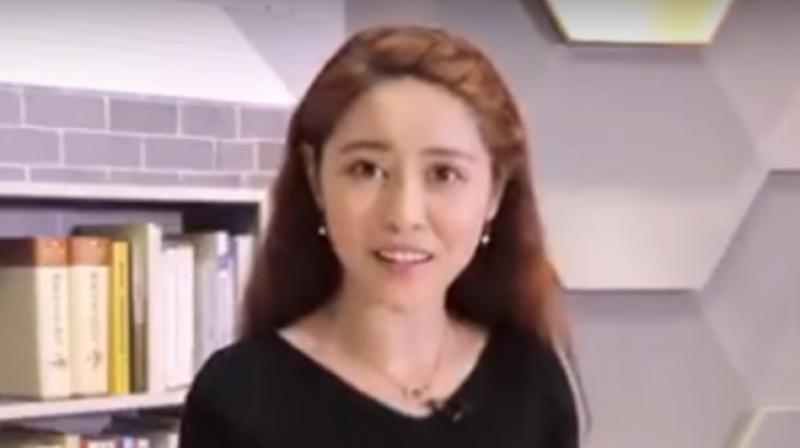 The clip takes a dig at India’s position on the standoff, pointing out that it should take the onus to back out of the dispute. (Photo: Screengrab)

Mumbai: Amid the Doklam standoff between India and China, which started on June 16, a video posted by China’s official news agency Xinhua has accused the former of committing “seven sins”, such as “trespassing, putting the blame on the victim and sticking to a mistake knowingly.”

The beginning of the three-and-a-half minute video by Spark, the agency’s new programme, shows the presenter Dier Wang referring to India as ‘a man who is pretending to be asleep’ and refusing to acknowledge his mistake of stepping into Chinese land.

A man with a headdress and a beard (seemingly representing a Sikh), in the video, mimics an Indian accent and responds to each of the “sins” mentioned by Wang. The clip takes a dig at India’s position on the standoff, pointing out that it should take the onus to back out of the dispute.

The show has amused a lot of Indians, who have taken to Twitter and responded to the video.

Well done, India, if you've actually committed these "Seven Sins" or "seeens" (as pronounced by the anchor)

Now I am understanding, how silence can be used as a great weapon at certain kind of enemies.. It really works

Don't worry they r showing just their true colors in the name of relationship....

The show also compares Bhutan to a small neighbour “hijacked” by India. The presenter says that India is justifying its position on Doklam in the name of ‘protecting Bhutan’, when the country in not in danger of Chinese incursion. She points out India is passing off Doklam as a part of Bhutan, when in reality, the area is an undisputed part of China.

To represent Bhutan’s situation, a man posing as a Bhutanese is shown being coerced by the “Sikh” man into agreeing that India is protecting it.

Taking a dig at India’s intrusion, Wang asks, “Do you negotiate with a robber who had just broken into your house... You just call 911 or just fight him back, right?” to which the man replies, “Why call 911 - don't you wanna play house, bro?”

The video ends with the presenter saying, “If you wanna play, get out of my house first.”