The meeting would also being viewed as the launchpad for a united Opposition against the BJP-led NDA. 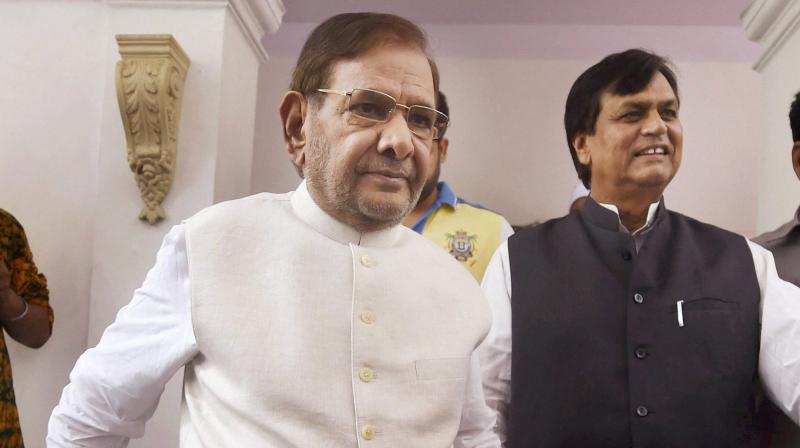 New Delhi: Rebel JD(U) leader Sharad Yadav is all set to flex his muscles by hosting an Opposition meet apparently to “save” the “composite culture” of the country. Leaders from Congress, Samajwadi party, Bahujan Samaj Party, Trinamul Congress and the Left parties are expected to attend Mr Yadav’s “Sanjha Virasat Bachao Sammelan” (save composite culture programme) in the national capital on Thursday.

All eyes are on the meeting as it would finally decide the political line Mr Yadav will be taking. So far he has continued to be in JD(U), while 21 of  his loyalists have been suspended by the JD(U) chief Nitish Kumar. If Mr Yadav launches an open attack on Mr Kumar, he too could be sacked by the party. For now, Mr Yadav has said that the Sanjha Virasat Bachao Sammelan “was not against anybody but in the interest of the country”. Mr Yadav is expected to raise the issues of suicide of Rohith Vemula and the disappearance of JNU student Najeeb Ahmed and the agrarian crisis. However, sources close to Mr Yadav indicated that he has “decided to come out openly against Mr Kumar”.

Meanwhile, Mr Yadav, while praising Mr Modi’s comments on violence in the name of faith, claimed that the PM’s partymen across the country were “not adhering to it”.