Indian forces comprised men from both the Army and the ITBP, which is deployed on border guarding duties from Ladakh to Arunachal Pradesh. 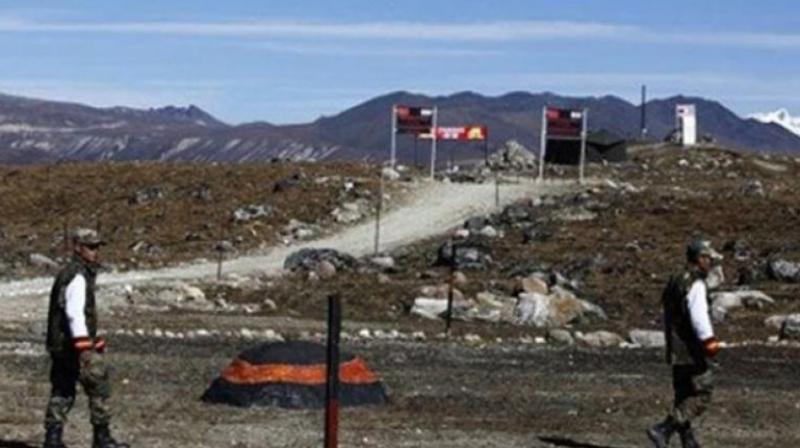 While a brigadier led the Indian Army delegation, a senior colonel led the Chinese side for the meeting that began at about 4 PM on Wednesday.

New Delhi: In a swift response to defuse a dangerously escalating situation sparked off by troops’ fracas on Tuesday, a meeting was held on Wednesday between officials of the Indian and Chinese armies at Chushul in Ladakh.

“The meeting, besides discussing normal issues, also took up Tuesday’s incident and agreed to strengthen the existing mechanism to maintain peace and tranquillity in the region and also to take steps so that incidents like Tuesday’s do not get repeated,” an official source said, while adding that the meeting was “pre-scheduled”.

While a brigadier led the Indian Army delegation, a senior colonel led the Chinese side for the meeting that began at about 4 PM on Wednesday.

The meeting took place a day after an incident of fisticuffs and stone pelting was reported between Indian and Chinese troops on the northern bank of Pangong Tsa lake, in which two soldiers each from both sides were injured.

According to agencies, at about 9 AM on Tuesday, Chinese soldiers, who had entered Indian territory, were intercepted near Finger Four, a disputed area which both India and China claim to be a part of their respective territory.

After Chinese troopers found their path blocked by ITBP personnel who had formed a human chain, they began hurling stones, prompting a swift retaliation by Indian border guards. The situation was brought under control after the customary banner drill in which both sides hold banners before stepping back to their respective positions.

Asked about the incident, defence minister Arun Jaitley told reporters: “This is not a subject on which the government makes a comment on”.

While sources remained tight-lipped about Tuesday’s incident, there were unconfirmed reports of unprecedented mobilisation involving more than 50 trucks of both the Indian and Chinese soldiers near the two spots where clashes took place.

Indian forces comprised men from both the Army and the ITBP, which is deployed on border guarding duties from Ladakh to Arunachal Pradesh.

According to reports, about 1,000 soldiers each were mobilised near the two spots in Finger Four and Finger Five on the northern bank of the scenic freshwater lake.

Tension between India and China has peaked amid a war of words over the more than two-month-long standoff between the Indian and Chinese armies at Doka La, near the trijunction that separates India’s Sikkim, China and Bhutan.

Meanwhile, in Beijing, Chinese foreign ministry spokesperson Hua Chunying said she was not aware of the meeting, but added, “We urge the Indian side to abide by the Line of Actual Control agreed upon in 1959 as well as relevant regulations and conventions between the two sides, and to earnestly safeguard peace and stability in the border area”.

There are areas along the border where India and China have differing perceptions of the Line of Actual Control (LAC) due to which transgressions occur.

To resolve such issues, there is a well-established mechanism of Border Personnel Meetings (BPMs), flag meetings, Working Mechanism for Consultation and Coordination (WMCC) and diplomatic channels wherein both sides are guided by provisions of various agreements between India and China.

Since 2003, India and China have appointed special envoys to thrash out border issues. Till date, 19 rounds of talks have taken place.